Aubameyang, who is the Premier League’s joint leading goalscorer this season, will have just 12 months left on his contract at the end of this season and Arsenal are at risk of losing him as a free agent in 2021 if they don’t sell him and he is unwilling to extend his contract. 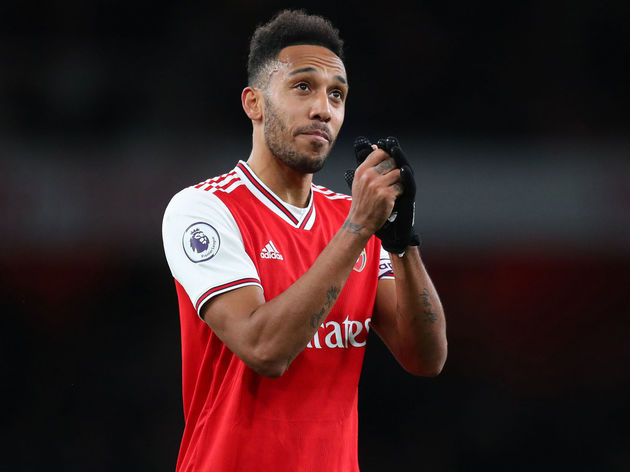 A report from the Daily Mail explains that the club are set to open talks with Aubameyang to discuss his future, which could result in the Gunners putting the 30-year-old up for sale.

Arsenal have previously failed to get him to sign a new deal and Aubameyang was linked with Barcelona in January. He is thought to be keen on playing in the ​Champions League, while he has also never won a league title or European trophy and that could also be a consideration.

The Mail suggests Arsenal are likely to at least listen to offers rather than risk losing him for nothing. From the club’s point of view, the newspaper notes that they are cautious of being ‘saddled’ with a vast financial commitment to a player approaching the final part of his career.

It is said that Aubameyang would command a similar weekly salary to the £350,000 currently paid to Mesut Ozil, a player who has rarely justified that contract since signing it. But where Ozil has been heavily criticised for much of the last few years, Aubameyang came in for special praise from former Manchester United captain and top pundit Gary Neville this week.

Neville suggested the Arsenal skipper should be considered ‘world class’, despite previous doubts about him, and argued that he deserves to be put in the same bracket as ​Sergio Aguero, ​Mohamed Salah, ​Sadio Mane, ​Roberto Firmino and ​Harry Kane.

“We’re talking about a really high level of performance over a couple of years and [against Everton on Sunday], I thought it was a brilliant performance from him. Not just his goals, which he took really well, but also the shift that he put in,” Neville said on Sky’s Monday Night Football.

“You talk about Arsenal lacking characters and lacking leadership, I think this guy has everything you would want. There’s a bit of Ian Wright in him, there’s a bit of nastiness in him. I think in his interviews after a game he shows personality and character.”

@GNev2 wow After That, i can also say Aubameyang is a premier League Great  just kidding but thanks appreciate that 

​Aubameyang saw the video and personally tweeted his gratitude for the glowing review.