La Blaugrana settled quickly and they saw plenty of the ball in the early stages, but there were no notable opportunities. In fact, the first chance fell to the hosts, Fabian Ruiz playing a sensational sweeping pass to send Jose Callejon through on goal. He looked up and attempted to play the ball across goal, but it was deflected into the hands of Marc-Andre ter Stegen.

IT ALL COMES DOWN TO CAMP NOU!

With 29 minutes on the clock,

Callejon was set through on goal moments later, but he wasted the chance to restore his side's lead. Despite both sides best efforts, there wasn't to be a winner for either side, but Arturo Vidal was sent off in the final minutes for two bookable offences.

Gennaro Gattuso's Napoli came into this clash having won six of their last seven matches in all competitions. During this run, they have overcome Juventus and Inter.

As a result, they will have come into this game in good spirits, but they were once again without star defender Kalidou Koulibaly. The hosts clearly had a game plan and it was visible almost immediately. They were compact and looked to force Barcelona into mistakes before breaking at speed on the counter-attack. The plan was working as they restricted their opponents to zero shots on target in the first half, while they also looked menacing each time they went forward. After Barça found an equaliser, they began to open up and while this made them more vulnerable at the back, they did come close to grabbing a second on numerous occasions. In the end, it was a bright performance and they are certainly in the tie.

Napoli playing very similar to when they played us in Coppa Italia. They have done a really good job so far. Napoli can really punish Barca on the counter. #NAPBAR #ChampionsLeague

Napoli are not so much parking the bus as parking the midsized family car. But it's working. #NAPBAR

Mertens worked exceptionally hard for the team and it will be a memorable night for him as he drew level with Marek Hamsik as the club's leading goalscorer, but it was Fabian Ruiz who was most impressive against Barça 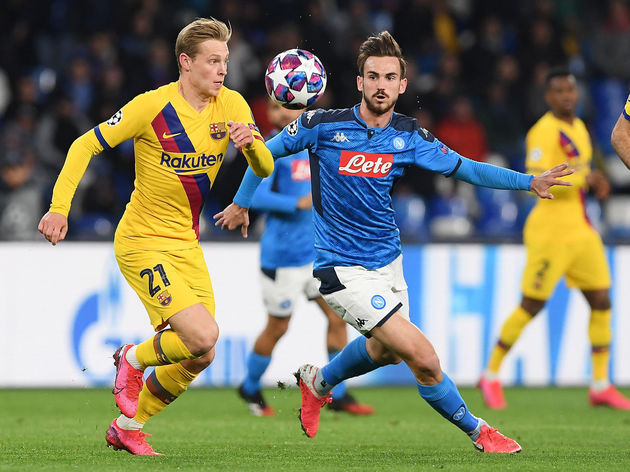 The midfielder was instrumental, working tirelessly without the ball to press and force the Catalan giants into mistakes. And after winning the ball back, the Spaniard showed his quality in possession time and time again, picking out stunning passes to send his attackers through.

Fabian is an outstanding talent and aged just 23, he has a very bright career ahead of him.

Fabian Ruiz is my kind of Midfielder.

Dries mertens is absolutely one of the most underrated footballers. What a goal!!!#NAPBAR#UCL

Barcelona returned to the top of La Liga on the weekend as they swept aside Eibar 5-0, with Lionel Messi netting four times. Immediately from the off against Napoli, they were allowed to see a lot of the ball, and to dictate the tempo of the game.

The hosts didn't allow the Barça players to have any space to operate in though. The Catalan giants struggled to find a way through and although they saw as much as 71% of the ball in the first half, they only managed two shots in total - with neither being on target. 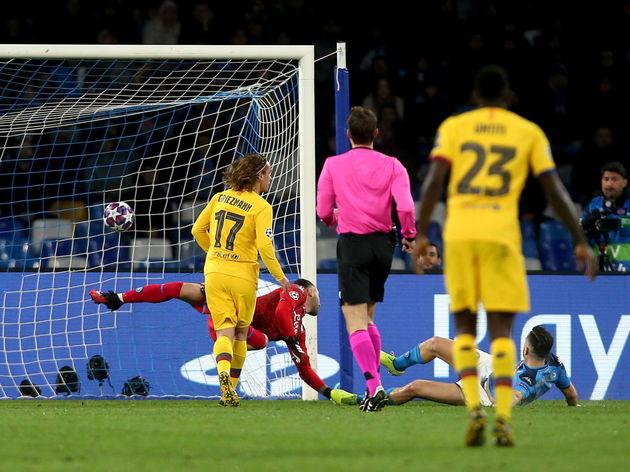 While the likes of Frenkie de Jong were making runs in behind in an attempt to make things happen, they were constantly forced into a mistake before being able to play a pass. As a result, Messi was often seen drifting out wide to allow himself the space to work in, but he didn't receive the ball often enough.

The away side were improved in the second half and looked to get the ball into the box faster, but while they were able to find an equaliser, they still failed to really test David Ospina. Nonetheless, they will take an away goal back to Camp Nou.

@FCBarcelona I knew we had it in us. Am so glad we've made impact this second half. #NAPBAR

Barcelona started the game rather sluggishly, with no player looking to really impose themselves on the game. Even the phenomenal talent that is Messi struggled to get into the game, but when they needed someone to step up, Griezmann was that player. 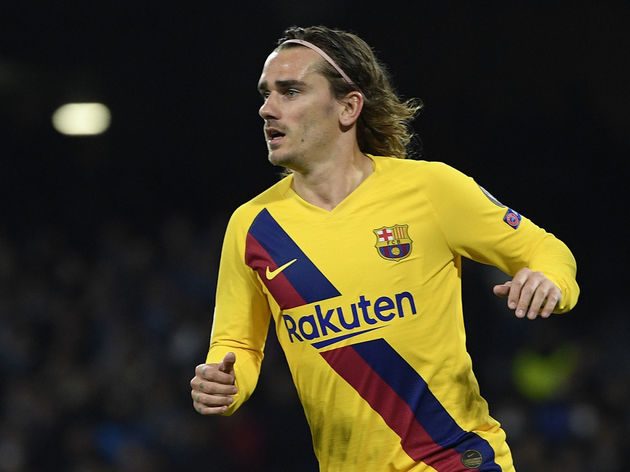 The Frenchman barely touched the ball up to that point, but when he was presented with an opportunity, he ruthlessly finished. It was a hugely important strike as it not only drew them level, but it also gave his side a valuable away goal. It was certainly not his best display, but he provided the necessary quality to get his team back into the game.

Napoli return to league action on Saturday as they host Torino before taking on Inter in the second leg of their Coppa Italia semi final clash.

Barcelona, meanwhile, have the small matter of the Clasico on Sunday before taking on Real Sociedad.