The experienced Austrian is out of contract at the King Power in the summer, but Rodgers will begin talks to try and convince the 33-year-old to commit to a one-year contract extension.

Fuchs has fallen out of favour at Leicester in recent seasons, with England international Ben Chilwell rising to prominence as one of the league’s most promising talents. But Chilwell could leave the Foxes in the summer, and Fuchs was a key cog in the Leicester machine that won an unlikely ​Premier League title in 2016, under the stewardship of Claudio Ranieri. 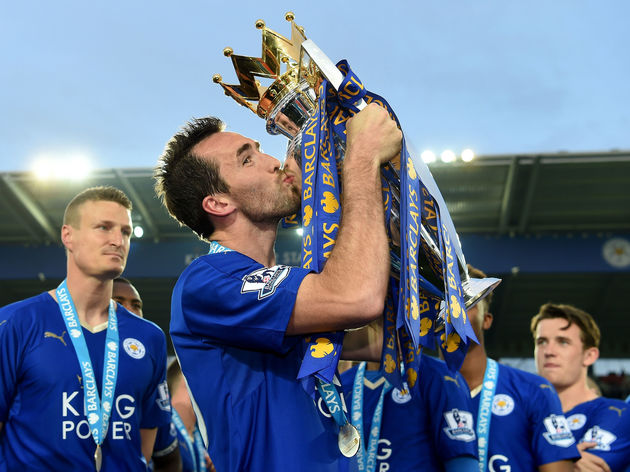 Fuchs joined the ​Foxes in 2015, having played 136 times for ​Schalke in Germany. But after a few seasons firmly in the Leicester team, he’s only made 11 league appearances across the last two Premier League campaigns.

Speaking to ​The Telegraph, Rodgers was eager to compliment Fuchs, who he feels has been a great force behind the scenes at the club. “I’ve loved having him around and working with him and it’s a conversation that we’ll have. He knows he won’t play as much but he knows my trust in him. He knows the game, he’s very good tactically and can play a couple of positions so he offers us great cover.

“He’s always been clear on his role. Christian is the type where clarity really helps him. He knows where he’s at and when I need him he’s always ready.

NFL Keepy Up Challenge by Christian Fuchs!@FuchsOfficial: NFL pre season is underway... You gotta try this! Think you can do better? Comment your score below  #NoFuchsGiven

He added, “I thought he was very good against ​Manchester City [in Saturday’s 1-0 defeat] and we will see how that goes [the contract discussions] over the following months.”

Fuchs had previously asserted that he would one day like to return to the United States. He told CNN in 2016 that he was serious about his dream of becoming a kicker in NFL.

Whether he signs on at the King Power or heads across the pond to try out a new sport, his situation should become clearer in the coming months.