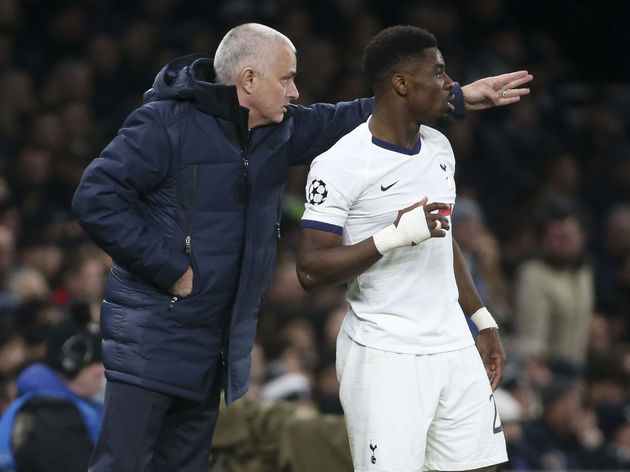 France Football, he said: “There are things people don't see because you don't show yourself enough. The first year, the coach [Pochettino] didn't make me play a lot, but I never went into his office to complain, I never showed a funny face.

The last two seasons saw Aurier vying with ​Kieran Trippier to become Spurs' first choice right-back, before the England international was sold to ​Atletico Madrid, leaving the Ivorian as the only senior option for the role.

In 29 appearances in all competitions so far this season, the 27-year-old has recorded seven assists and scored a wonderful volley against Olympiacos in the Champions League in Mourinho's first home game.

However, he has still had his blips defensively this season, and following Spurs' 2-1 loss at ​Liverpool in October, received some harsh criticism from former ​Manchester United midfielder Roy Keane, who called he and left-back Danny Rose 'dumb and dumber'. “I didn't even want to answer that,” Aurier said regarding Keane's criticism.

When you were a player and the journalists talked about you, you took it badly because you had a family. You can afford to give your opinion. But there, for me, he forgot that he had been a player.”