When the number eight flickered on to the fourth official's board during Liverpool's Premier League clash with West Ham, a v

The Reds were surprisingly trailing 2-1 at the time, with Keita largely anonymous in a performance that saw This was supposed to the be the moment that Keita kickstarted his Liverpool career (again) with captain and midfield stalwart ​Jordan Henderson sidelined for around three weeks.

Unfortunately, it wasn't to be.

Naby Keïta for RB Leipzig in the Bundesliga:

Prior to arriving, Klopp described Keita as 'the best player in the Bundesliga by far' and he has shown glimpses of what he can do.

A three goal burst in five games during April last year demonstrated his capabilities going forward, as well as his willingness to press opposition defenders into mistakes - namely against Huddersfield Town, who he netted against after just 15 seconds after hassling and haranguing the Terriers' backline.

That goal perfectly encapsulated exactly what Keita can bring to the team; high-energy pressing leading to an end-product. But the brevity of that moment, Liverpool's fastest ever goal in the Premier League, mirrors the sparsity of Keita's individual successes in English football.

He struggled to nail down a regular starting spot, largely because of his injury problems, and​Premier League

Arriving in a new country, with a new language, in a new team and system at just 23 is going to require time to adapt for any player, but after a year and a half he's much more settled. As revealed by The Athletic, Keita is

Unfortunately, this improved comfort off the pitch has not translated to a replication of his Leipzig performances on it. 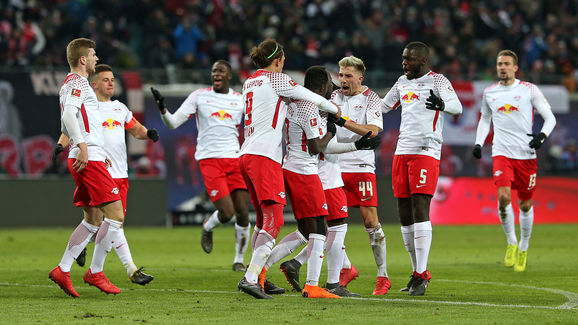 Keita's role in this Liverpool side is markedly different to the attacking freedom he enjoyed at Leipzig, where he helped the rising German star's excel in a system that relied on high-intensity pressing at all times.

His eight goals and seven assists from midfield grabbed him the headlines, but it was his ability to combine this attacking thrust with an extraordinary defensive output which led to a queue of clubs seeking his signature. Eventually, Liverpool won the race, but only after they agreed to delay his move to Anfield in order to keep him on loan in Germany.

His second Bundesliga season did see a decline in his performances, but he wasn't alone in this regard; Leipzig struggling to match the standards of their surprise second place finish, earned in their maiden top flight season.

Now, he has a big role to play at Liverpool - who are on the cusp of sealing Premier League glory and are going well in both the Champions League and FA Cup - after Henderson was ruled out for a number of weeks. The captain's absence comes after Alisson's early-season injury and Fabinho's extended period in the treatment room at the turn of the year, and signals a battle between Keita and Alex Oxlade-Chamberlain, the man who replaced him in Liverpool's first game without their skipper,

Both have at times shown promise, with former Liverpool defender ​Jamie Carragher touting each for an explosion next year, but Keita will know deep down that he must impress and nail down his spot in the side, once and for all.

If he doesn't, Keita risks being overlooked by Klopp as Liverpool look to evolve their all-conquering empire - though the German will be doing everything in his power to make him a successful story.