Crystal Palace striker Alexander Sorloth impressed for loan club Trabzonspor at the weekend, scoring a brace against Besiktas in front of an array of scouts, including representatives from Newcastle United - according to a local report.

The Norway international, currently on a two-year loan deal out in Turkey, has now scored six goals in his last five games, while he leads the overall Süper Lig charts this season with 19.

Those figures mark a sharp contrast to his time in London where he only scored one goal in 20 appearances, between 2017 and 2019. 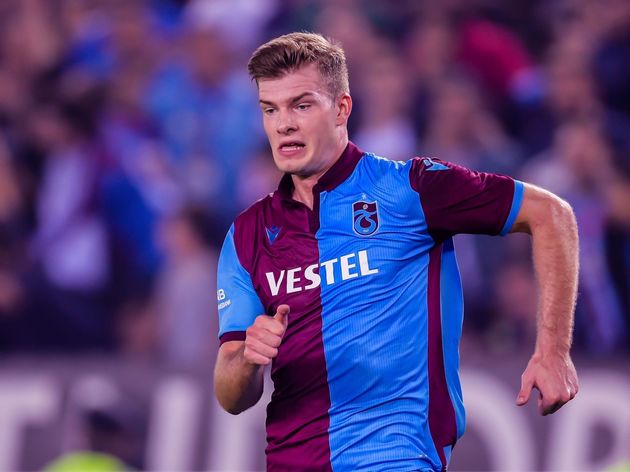 As reported by Turkish outlet ​Fotospor last week, ​Newcastle were among the clubs to send representatives to watch the 24-year-old play on the weekend in a key away clash at Bestikas. Brighton and French club Monaco were also reported to have had scouts at the fixture, while even ​Real Madrid have previously been linked.

Watching suitors would have been impressed with what they saw, as the on-loan striker scored early to put the league leaders in front. He then scored in the last minute to rescue a point for Trabzonspor, which keeps them on level terms with fellow Turkish clubs Galatasaray and Sivasspor at the top of the table.

Should the Norwegian be sold by Palace, they will be keen to earn a fee that ensures they recoup the £9m they paid to sign him from Danish club FC Midtjylland. However, Palace may yet be cut out of the equation for a big payday, as Fotospor also reports that Trabzonspor are keen to use their option to buy Sorloth permanently, given his recent form.

His clause for a permanent move is set at the relatively small price of €6m and ​it is though that Trabzonspor could sign him for that fee, only to then sell him to interested clubs like Newcastle or Brighton for a much larger sum.

Magpies boss Steve Bruce has been keen to boost the attacking options available to him of late. And with a​ supposed budget of £80m coming his way - should the club remain in the top flight this season - Bruce could look to Sorloth to help ease the burden on the likes of Joelinton and Miguel Almirón.