Chelsea Should Be Worried About Thomas Müller's Return to Form

Thomas Müller is back. But was he ever really away?

Since 2009, his first full campaign with Bayern Munich's senior team, he has contributed to at least 15 Bundesliga goals in each of the following 11 seasons. Unfortunately for him, and many other great players of his generation, he happens to be playing football at the same time as utter freaks of nature, Lionel Messi and Cristiano Ronaldo, who make that phenomenal consistency look average. 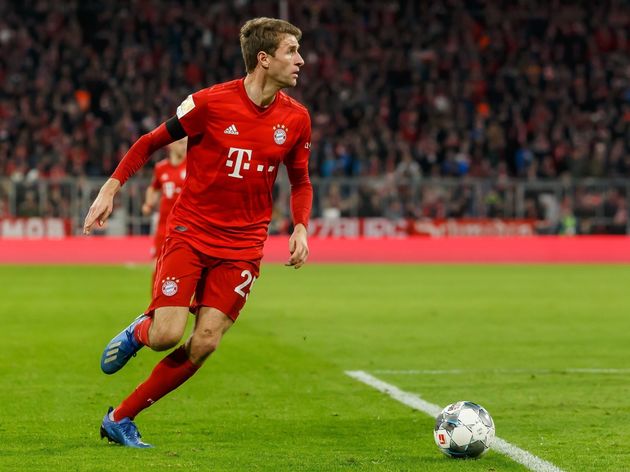 During his 12 years in the first team for the Bavarian giants, Müller has won almost everything there is at club level to go alongside the World Cup the German national team picked up in 2014.

But the last few seasons have seen a succession of coaches in and out of the Bayern hot seat, with each tackling the mystery that is Müller in different ways.

Niko Kovač, the Croatian in charge of Bayern at the start of the season, made his feelings about Müller crystal clear early on when he said, as quoted by ​DW: 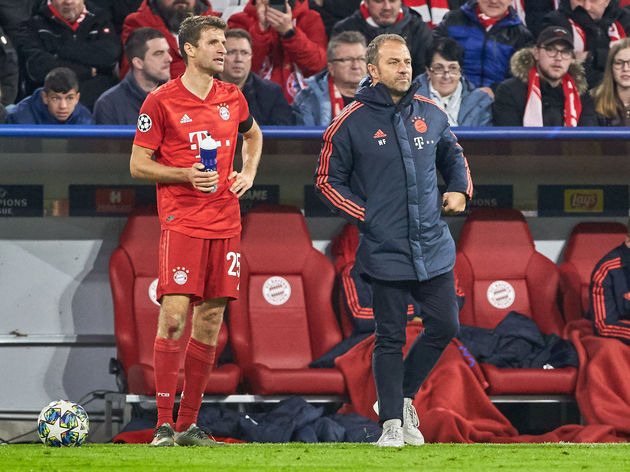 Since Flick's promotion to the top job, ​Bayern have improved with the former German national team assistant implementing an effective, if a bit simplistic, press which has strengthened the attack.

While this has exposed them to slightly more shots of better quality, the defending champions have won 10 of their 13 league games since his arrival, with the only two defeats coming in tight matches against Bayer Leverkusen and Borussia Mönchengladbach. Bayern reclaimed top spot for the first time in four months at the start of February and are yet to relinquish their stranglehold.

Bayern's sharper attack has been due in no small part to the phenomenal performances of Müller. Since Flick's arrival in early November, the former Germany international has five goals and an incredible 10 assists in the ​Bundesliga.

This assists tally cannot be bettered by anyone in Europe's top five leagues in this period, with the likes of Kevin De Bruyne and Messi trailing the German in the creativity standings.

In recent years, Müller seems to have altered his game with the focus shifting from scoring goals and instead providing them. This season, Müller has been taking fewer shots in comparison with recent campaigns but

Müller often starts on the right flank of Bayern’s 4-2-3-1 but has also slotted comfortably into a more central midfield position when Flick opts for speed on the flanks, interpreting the role of ‘midfielder’ in the loosest sense possible in typical Müller fashion.

Bayern’s fan favourite has been living up to his self-styled moniker of Raumdeuter (space investigator) as he finds himself drifting around the field, popping up in unmarked areas across the attacking third, always ready to act as a wall to bounce a pass off or find a willing runner.

The freedom Flick has granted him causes endless headaches for defenders tasked with the decision either to follow Müller and be dragged out of position or pass him on to a teammate understandably occupied by Bayern's other attacking threats but hasn't stopped the German from making a defensive contribution.

According to ​StatsBomb, Müller ranks higher than the 90th-percentile in tackles and the regaining of possession following the application of pressure. So while he often goes undetected up front, he makes sure his presence is felt when Bayern are defending. With Müller in this sort of form, any team should be worried about facing him, let alone a Chelsea side who have endured a ​horrible run of results in recent weeks, despite dispatching Tottenham in a startlingly mediocre match between two Champions League sides.

Frank Lampard's team have won just one of their last five league matches and can point to just a single clean sheet at home since November. Saturday's win against ​Spurs saw Marcos Alonso's reintroduction to the side as Lampard reverted to the three-man defence he has turned to at times this campaign.

While the Spaniard marked his return with a goal, his defending has always raised something of a question mark. With Müller looking to exploit any gaps that crop up down that flank, it could prove to be a difficult evening for ​Alonso.

At 30 years of age, Müller has proven to be one of the best creative talents in Europe this season after being relegated to the bench in autumn. With Bayern still in the mix for three competitions, it looks as if the German, along with the rest of his team, has come to form at just the right time. A worrying sight for the rest of Germany, and Europe.