8 Players That Manchester City Could Sign Just to Take Penalties

Despite having the world's best players, having (arguably) the world's best coach and having won four Premier League titles since the start of last decade, the Sky Blues still struggle to score from 12 yards.

Sergio Aguero was the latest culprit, missing yet another penalty against Leicester, making him the fourth man to miss a spot kick for the current Premier League champions this season, following in the footsteps of Raheem Sterling, Gabriel Jesus and Ilkay Gundogan. 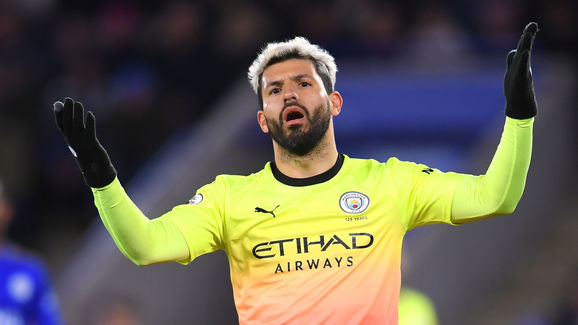 It's something that will seriously concern Pep Guardiola, who must be left tearing his hair ou...actually, maybe not. But he must be pretty annoyed.

The Spaniard does have the power to change things, though, and maybe, just maybeeee, he should reconsider his transfer policy this summer - and aim to nab one of these eight penalty specialists... Well, Manchester City did have James Milner once upon a time - but a lack of regular game time saw him eventually head for Merseyside.

Since then, Milner has proven himself to be one of the coolest men around from 12 yards, and has scored a staggering 28 penalties over the course of his career - missing just four.

During his time at City, Milner only took one penalty, and scored it, rather ironically, against Liverpool. Time to rewind time? Some Liverpool fans may not actually know how good of a penalty taker ​Fabinho is, having understandably relied on Milner so heavily since the Englishman's arrival.

In fact, even Mohamed Salah takes penalties for the Reds ahead of the Brazilian midfielder, but maybe he shouldn't.

Fabinho has taken 20 penalties in his career - all for Monaco - and has scored all but one of them, but perhaps a pre-season penalty miss against Torino early in his Liverpool career put Jurgen Klopp off.

Wouldn't put Pep off, I bet. The Saint-Etienne midfielder is a dab hand from the penalty spot, having scored 23 of his 24 penalties at four different clubs, as well as at international level for Algeria - meaning the 30-year-old has netted 95.83% of all the penalties he's ever taken.

Simply put, you could plonk Bouedbouz on the moon and he wouldn't fail you from 12 yards. ​There are probably a million reasons why ​Man City would love to have Hazard in their ranks, but penalty taking is certainly one of them.

The Belgian proved how calm he was under pressure at Chelsea, often simply waiting for the goalkeeper to dive before stroking the ball in the opposite direction at a mockingly slow speed.

At senior level, ​Hazard has scored 35 penalties out of a possible 42, but the winger has only missed one since 2016. Yes, we all knew a former Middlesbrough flop would make this list, didn't we?

But since returning to Spain, Stuani has been one of Girona's standout players, scoring at will for the second-tier outfit. A fair number of the Uruguayan's goals come from the spot though, with the 33-year-old having scored 24 out of 24 penalties in his entire career.

He was even linked with a move to Barcelona - so why on earth not, eh? But one thing that has never been a challenge for the German striker is scoring penalties. During his senior career, the 31-year-old has bagged 21 penalties - 100% of the penalties he has taken - and doesn't look like stopping any time soon, having scored two from the spot already during his brief time in Turkey. ​While the mighty ​Ronaldo has actually missed 22 penalties in his illustrious career, we'll put that down to sheer volume. In fact, 121 of the 35-year-old's career goals have come from the penalty spot, making up a significant portion of the Portuguese superstar's scoring tally.

But one thing that is guaranteed with Ronaldo is that he will score penalties on the biggest stage, often in the biggest moments.

Speaking of big moments, that's what City keep blowing this season. So an unlikely return to Manchester for CRon?

WHY THE HELL NOT. ​The Serbian is perhaps the most reliable penalty taker in the Premier League, having scored 21 of his 23 English top-flight penalties. The midfielder has the perfect blend of power and precision in his spot kicks, something that is sorely missed at the Etihad.

However, one of the few penalties Milivojevic has missed came against the Citizens, Ederson comfortably saving a late spot kick to deny the Crystal Palace man.

Maybe the two could combine, though, and become a penalty taking super power? Have heard worse ideas...