​Aston Villa midfielder Jack Grealish has reiterated his desire to play for England, revealing how he would like to fit into Gareth Southgate's current system.

The 24-year-old, who has been in outstanding form for Villa this season, is yet to receive a senior call-up from the Three Lions, with his last international appearance coming for England Under-21s back in March 2017. That drought has been tipped to come to an end in the near future, with many fans calling for Grealish to be included in the Euro 2020 squad. Speaking to the ​Express & Star, confessed that he is desperate to represent his country.

“I can’t help but think of playing for England because that is what I want to do,” he said. “I hope I have done enough [to get a call-up] but I also think I can perform better and that is the God’s honest truth.

“People on the outside might say I am doing well, but I know for a fact I can do better and score more goals and get more assists.”

Despite being primarily a central midfielder, Grealish has spent plenty of time playing out on the left wing for ​Villa this season, but the 24-year-old insisted that he would want to return to a central role if he did feature for England.

13 - Jack Grealish has had a direct hand in 13 goals in the Premier League this season (7 goals & 6 assists), five more than the next Villa player and three more than any other English midfielder. Excellence. pic.twitter.com/YNC0BCS1pC

“If you look at England’s wingers, I doubt I would have much of a chance of starting in front of [Raheem] ​Sterling, [Jadon] Sancho and [Marcus] ​Rashford, who are all unbelievable players!" he said.

“I’ve always said my favourite position would be playing in midfield. That is where I would love to play for England.

“It is where I would want to play for Villa, but it just so happens at the moment I am playing well in the position I am in and it is better for the team.

The hype is nothing new for Grealish. After making his debut as an 18-year-old in 2014, Grealish was tipped for superstardom, but off-the-field issues and concerns over his behaviour saw that excitement evaporate for many years. 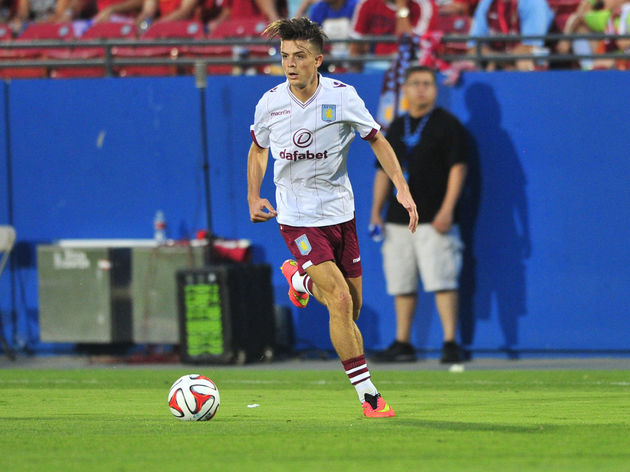 “Of course it’s nice [to hear nice things said about you],” he added. “Who doesn’t like to be talked about in a nice way? But, to be honest, I try and take everything with a pinch of salt.

“I had it all five years ago when I broke through and I was getting talked about a lot. I was 19 years old, going online reading about myself and I couldn’t believe it. I was in the papers all the time and they were asking: ‘Is this the new big thing?’

“Then just one thing goes wrong and it all comes down on you like a ton of bricks. It is nice to read and nice to listen to, but I don’t let it get to me too much, because I know how quickly it can change.”