Pep Guardiola slammed Manchester City's critics after his side's 1-0 victory at Leicester City on Saturday evening, claiming 'there are no doubts' over the current English champions' credentials.

The Citizens have not been at their brilliant best this season, and despite sitting second in the table, they have slipped to 19 points behind runaway leaders Liverpool.

Speaking after the match, Guardiola addressed the criticism his side has received this year, asking, 'do you still doubt about what we've done?' referencing the 'seven titles in the last eight' which they have claimed, as reported by ​The Guardian.

​“Do you still doubt about what they’ve done, seven titles in the last eight [possible domestic trophies, including the Community Shield], in every game we played, the way we played, the personality, there are no doubts.”

The Citizens were the better team at King Power Stadium, and they snatched all three points late on when Gabriel Jesus fired home to open up a seven-point gap between themselves and the Foxes.

Guardiola described the victory over Leicester as 'a good test', as the Man City boss begins to turn his attention towards Wednesday's Champions League clash with ​Real Madrid. 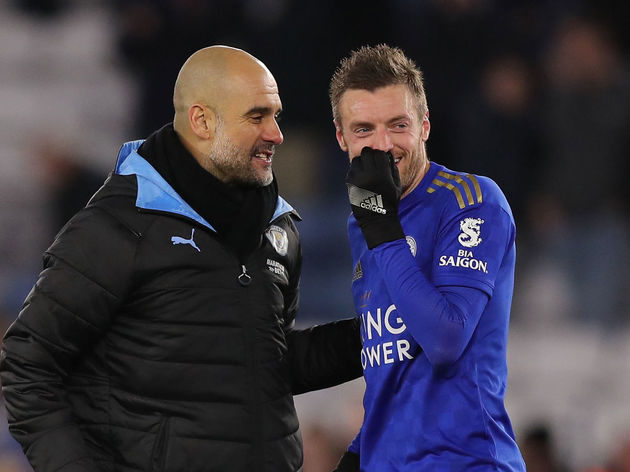 “The reaction after the penalty,

Despite the Premier League champions picking up another victory on Saturday evening, they also failed to convert another penalty, after ​Sergio Aguero's effort was saved by Kasper Schmeichel.

That spot-kick blunder means that ​the Citizens

“It’s not normal for quality that we have,” Guardiola admitted. “I said to them: ‘Next time we are going to score and the guy who’s going to take [must] just be convinced and score a goal.’” 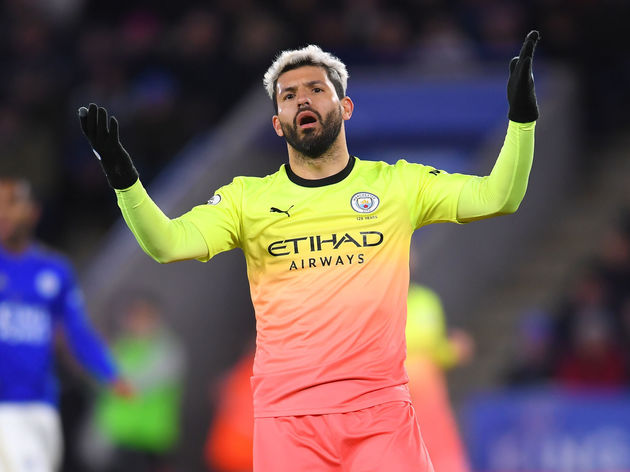 The ​ex-Barcelona coach confessed that he plays no part in the decision-making behind penalty kicks, but praised Aguero's 'initiative to try to score', as well as his positive mentality.

“De Bruyne is one option, but in the end they decide," Guardiola concluded.

"I like when the players have the initiative to try to score. I like the mentality, I like Sergio taking the ball and wanting to score. He practises to be positive, to have one idea, to take the ball and score a goal.”