​1996 was the last time that Germany managed to win the European Championships, and you can guarantee they will be looking to change that this summer.

However, since being eliminated at the semi-final stage at Euro 2016, thinks haven't exactly been great for the Germans. They were humiliated at the 2018 World Cup and flirted with relegation in the UEFA Nations League.

Euro 2020 will be the first chance for Germany to prove that they can still hang with Europe's elite.

They managed seven wins in qualification, including a victory against the Netherlands, and they will come into this tournament with a renewed sense of optimism. But they will need to use that to their advantage, given they will face both France and Portugal in the group stage.

So, let's take a look at Germany's strengths and weaknesses, as well as have a go at predicting how far they will make it this summer. 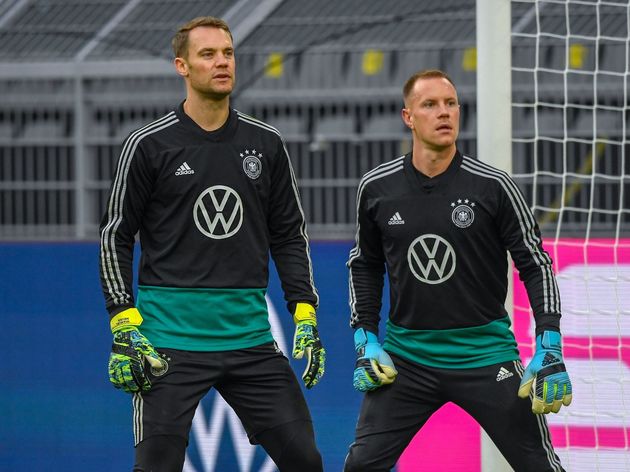 Most nations in the world don't even have one good goalkeeper, and that's because Germany have kept all the talent for themselves.

The fact that ​Marc-André ter Stegen, who many would say is the best goalkeeper around right now, can't even get a look in because of ​Manuel Neuer speaks volumes of their strength. And don't forget about Bernd Leno.

Clearly, scoring against Germany isn't going to be easy.

Joachim Löw's side kept five clean sheets in their eight qualifiers and conceded just once against teams not named the Netherlands. It's not just saving goals which Germany are good at. Look further up the team sheet and you'll find perhaps the most exciting forward line in international football.

Timo Werner has proven to be one of Europe's elite marksmen with RB Leipzig this season, while ​Serge Gnabry looks nothing like the youngster who flopped with West Bromwich Albion. The pair are good enough to scare any defence in the world.

There's pace, power and excitement running through this team, and there's even a chance that ​Manchester City's Leroy Sané could join the fun if he can make a full recovery from his injury.

Germany will be confident of stopping teams from scoring, before going up the other end and tearing their way through on goal, which is a terrifying prospect for any potential opponent. While they may boast the most dominant selection of goalkeepers around, the same cannot be said for Germany's defence.

Gone are the days that Germany could turn to a prime Jérôme Boateng or Mats Hummels. Now, with Niklas Süle spending most of the season on the treatment table and Antonio Rüdiger failing to impress with ​Chelsea, you'd be forgiven for having doubts about their defence.

Jonathan Tah and Matthias Ginter are by no means bad players, but they are certainly not in that 'elite' bracket. They're good defenders who can make life hard for an attacker, but that's about as far as it goes. There isn't much tournament experience in Germany's defence, and the same can be said for a number of their other players. The likes of Werner, Kai Havertz and Julian Brandt are all still relative newcomers, and that could come back to haunt them (even if they are terrifyingly talented).

When things get tough this summer, Germany don't have many experienced heads to turn to for advice, so they better hope they don't need that. If Germany wanted an easy return to tournament football this summer, they certainly haven't got it.

Not only will Germany face reigning world champions France, but they will also have to contend with defending European champions Portugal. Not ideal.

While finishing ahead of Les Bleus will undoubtedly be a tough ask, you'd fancy Germany to navigate their way through the group stage. They should have too much for Portugal, and you don't even need to see the identify of their currently undecided third opponent to know that Die Mannschaft will be confident of beating them.

Germany should even make it through the round of 16, but that's when things get a bit nervy. By the time the quarter-finals come around, the competition will go up a level, and with Spain as possible opponents at that stage, it could all come crashing to an end for Germany.