The striker, currently on a two-year loan at Turkish club Trabzonspor, has attracted interested from a number of clubs due to his impressive goalscoring hot-streak this season, but previously struggled to make an impact at Selhurst Park after his move in January 2018.

Norway international Sorloth scored just once in a Palace shirt before he was sent on loan to Gent last season - where he netted on five occasions. This season, the 24-year-old has swiftly found his feet at Trabzonspor, scoring 17 times in just 21 league appearances this season - a tally that leads the Super Lig goalscoring charts. 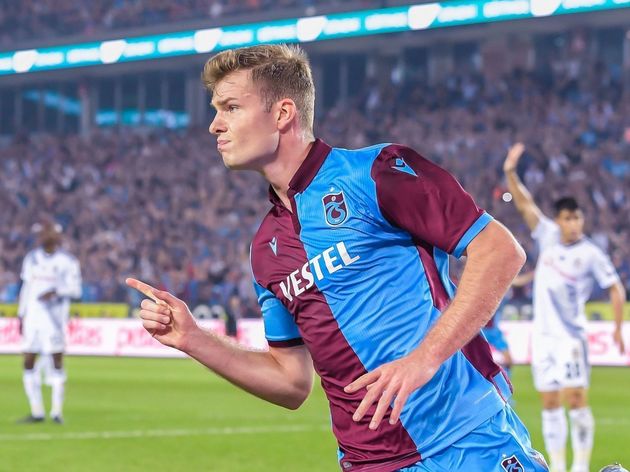 Monaco have been touted as one possible suitor of Sorloth in recent weeks. However, Turkish news outlet Asistanaliz have upped the stakes by claiming that Sorloth's impressive form has even seen the mighty Real Madrid take notice, with Los Blancos believed to be sending scouts to keep tabs on the Norweigian.

It is said that Madrid will have scouts in attendance for Trabzonspor's match with Besiktas on Saturday evening, while Liverpool-linked goalkeeper Uğurcan Çakir is also in the 13-time European Cup winners' sights.

If, and that's a gargantuan if, Los Blancos do come in with an offer for the Norway international, Palace

The club didn't include an option to recall Sorloth from Trabzonspor, meaning the Turkish club - who currently sit top of the Super Lig as a result of Sorloth's form - could activate the striker's buyout clause from the Eagles (£5m) before selling him on for a profit.

It's fair to say that if Zinedine Zidane's side were to act on any supposed interest, it'd go down as one of the most surprising transfers in recent memory.

Still, if Martin Braithwaite can go from Middlesbrough to Barcelona in little over a year, then anything is possible.