Olympique Lyonnais centre-forward Moussa Dembélé is reported to have his heart set on a summer move to the Premier League, with Manchester United his preferred destination.

The Frenchman has had a stellar season with Lyon thus far, scoring 19 goals and providing six assists in 37 appearances across all competitions. His impressive form has garnered the attention of clubs around Europe, including United, and Chelsea.

Though, as ​Kaveh Solhekol of Sky Sports has reported, the 23-year-old is 'dreaming' of a move to Old Trafford, rather than west London. However, the Ligue 1 club value their star striker at €100m - a fee that could perhaps deter potential suitors.

Solhekol said: "​United will sign a striker in the summer and Lyon's Moussa Dembélé wants to move to Old Trafford. Dembélé will be allowed to leave Lyon at the end of season and he wants to return to England where he started his career at Fulham."

With Lyon currently occupying 11th position in Ligue 1, it is perhaps understandable that Dembélé has set his sights on leaving the club he joined from Celtic in 2018. In his 57 appearances, he has netted an impressive 28 goals. 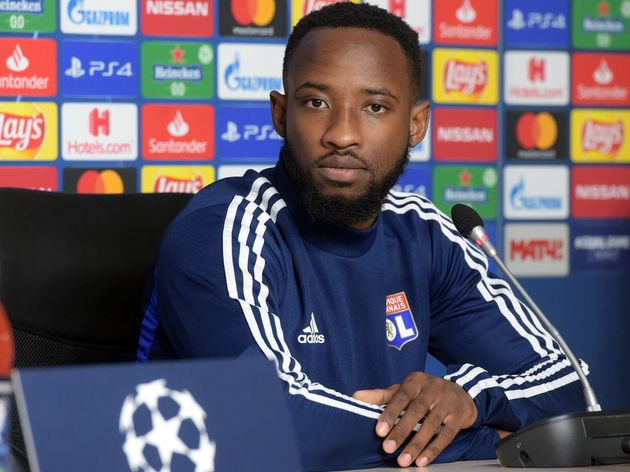 The report continues: "Dembélé has scored 13 times this season and injuries to key players meant Lyon were unwilling to let him leave in January. They also wanted to keep him because they are still in the Champions League and face ​Juventus next Wednesday.

"Lyon president ​Jean-Michel Aulas will let Dembélé leave in the summer but he will have to settle for less than his €100m (£83m) asking price.

"Dembélé is keeping his options open but playing for a Manchester United side who have qualified for the Champions League would be a dream move."

During the Frenchman's two seasons in Ligue 1, he has established himself as one of the most prolific forwards in the division. It is no wonder ​Chelsea were interested in securing his signature during the January window, and United are now weighing up a summer move.

If Dembélé were to join the Red Devils, he would return to England where he previously scored 19 goals in 64 matches for Fulham across all competitions. However, he only featured twice in the ​Premier League in fixtures against West Ham and Everton in the 2013/14 season.