​Liverpool fans have a new name to google, after being linked with Werder Bremen attacking midfielder Milot Rashica on Wednesday.

The Reds' famed transfer strategy has seen them go through three relatively quiet windows following the summer of 2018, with Takumi Minamino (£7.25m) the only significant first-team arrival in that timeframe.

With the ​Reds near-certain to win their first top-flight league title in 30 years and already reigning European and world champions, there is little need for drastic investment this summer, while ​all indications suggest any fresh additions to the squad will be supplementary and not massively expensive. 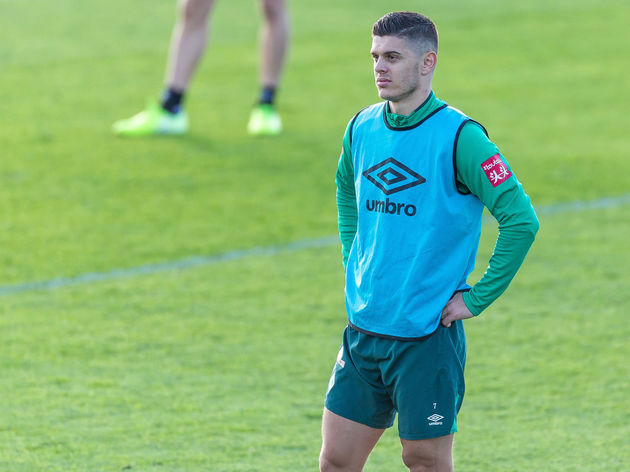 RB Leipzig's Timo Werner is, in particular, one player Liverpool are said to be interested in, with the forward's relatively low release clause of around €60m (£50m) proving possibly a tempting opportunity for Jurgen Klopp and the Reds hierarchy.

BILD writer Christian Falk, however, has suggested another name alongside Werner - that of 23-year-old Milot Rashica, claiming on ​Twitter that the Premier League leaders are scouting the Werder Bremen star.

A Kosovo international, Rashica started his career in his homeland before moving to Vitesse in the Netherlands and then Bremen in 2018.

Our Story: In addition to @TimoWerner Liverpool is also scouting Milot Rashica (23). The offensive Player of @werderbremen has a release clause of about 38 mio Euros @BILD_Sport @SPORTBILD @LFC

While the Green and Whites have struggled in the Bundesliga this season, Rashica has impressed and is the club's top scorer in the division with seven goals in 18 outings in 2019/20.

Typically played on the left of a front three, Rashica - who played twice for Albania before switching international allegiance to Kosovo in 2016 - has also been used across the front line or in a deeper midfield position. The attacking midfield positions may be an area Liverpool look to strengthen this summer, with Xherdan Shaqiri's future uncertain. The Switzerland star has been reported to be unhappy with his lack of game-time this season, while Adam Lallana is set to leave upon expiry of his contract.

However, ​a source has previously told 90min that Liverpool are loath to spend big on more attackers whose involvement would stunt the growth of budding starlets Curtis Jones and Harvey Elliott, who have impressed in the domestic cups this season.