investigatory process, but the club is intent on fighting this punishment tooth and nail. 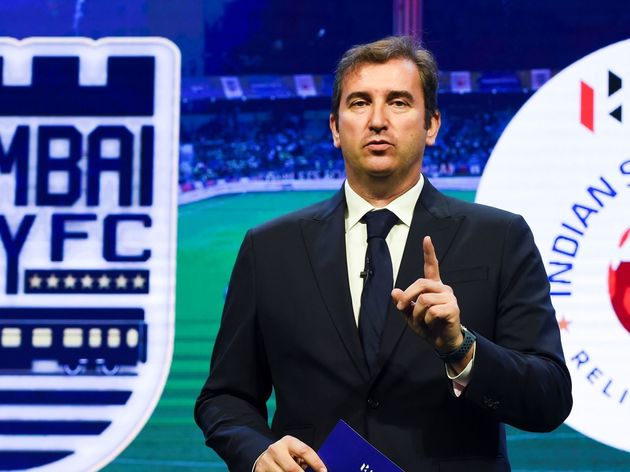 Soriano sat down and discussed the situation in a video released on the ​City website, during which he stated that the aforementioned allegations 'are not true' and no money which has not been properly declared has been invested into the club.

He said: "The most important thing I have to say today, is that the allegations are not true. They are simply not true.

"The owner has not put money into this club that has not been properly declared.

"We are a sustainable football club, we are profitable, we don't have debt. Our accounts have been scrutinised many times by auditors, by regulators, by investors, and this is perfectly clear."

The ​City chief was then quizzed further over allegations that the hierarchy refused to cooperate throughout the investigation, and the Spaniard responded by slamming the FFP chamber for relying on 'out of context, stolen emails' when making their decision. He added: "Well, we did cooperate with this process. We delivered a long list of documents and support that we believe is irrefutable evidence that the claims are not true.

"And it was hard, because we did this with the context of information being linked to the media, in the context of feeling that every step of the way, every engagement we had, we felt that we were considered guilty before anything was even discussed.

"But at the end, this is an internal process that has been initiated, and then prosecuted, and then judged by this FFP chamber at UEFA.

"We worked very hard, we provided all kinds of evidence, but at the end, this FFP investigatory chamber relied more on out of context, stolen emails, rather than all the other evidence that we provided on what actually happened.

​"And I think it's normal that we feel how we feel, ultimately, based on our experience, and our perception. This seems to be less about justice and more about politics." Soriano was then asked to discuss the next steps for the Premier League champions, and he admitted that the club is aiming to find a resolution for their situation 'before the beginning of the summer'.

"We're looking for an early resolution. Obviously through a thorough process and a fair process, but my best hope is that this will be finished before the beginning of the summer. And until then for us, it's business as usual.

"The experience with this FFP investigatory chamber has been negative for us, more than I would have imagined. But this is not UEFA, we are not talking about the whole of UEFA, which is an association of associations.

"If the negative experience that we had and the way this process went is negative, it's negative also for them. UEFA is much bigger than this FFP chamber." The topic of coach Pep Guardiola was also raised with Soriano, and the CEO confirmed that Guardiola 'has been kept informed' over the situation, but it's more of a 'legal matter' than a footballing one.

"They're calm, and they're focused. This matter is more a business and a legal matter than a football matter."