What do Georginio Wijnaldum, Andy Robertson and Xherdan Shaqiri all have in common? That's right, they're all Champions League winners who were once relegated from the Premier League.

As the old adage goes 'the table never lies', but just because a team is scrapping away at the wrong end of the league, it doesn't necessarily mean that there is no star quality among the top-flight strugglers.

This year is no exception. With the surprising inclusion of the Hornets and the Hammers, and the impressive standard of the newly-promoted sides from the Championship, the level of individual players in the bottom six is higher than ever.

But could we put together a starting XI of relegation candidates who could just as easily challenge for a top-six spot in this season's topsy-turvy Premier League? this has never been more applicable than when ​West Hamleagueseverely Despite ​Norwich being pretty awful this season and heading for a swift return to Championship football, Max Aarons has impressed at full-back for the Canaries. Lightning pace, good defensive awareness and a telling delivery, the 20-year-old has the lot - and any team that gambles on the youngster could mould him into one of the best defenders in the league.

Norwich won't be in the Premier League next season - but Aarons will. Englandinternational. A brick wall. A lifelong Seagull. Lewis Dunk has been on the radar of plenty of top-six sides in recent years, and with ​Brighton's failure to progress as a club rolling over for another year, he may be the answer to several defensive woes among the Premier League's upper echelons.

The man knows how to defend, and how to lead. Throw him in the deep end and he'll swim. ingsAké to the award for highest-rated defender who manages to concede a shed-load of goals every week. The centre-back's arrival at ​Aston Villa changed their entire season last year, and the Midlands club clinched promotion thanks to the Bournemouth loanee's defensive prowess.

Since making the switch permanent, Mings has continued to impress in the top flight, and even earned a senior England call-up in 2019. Villa are in the thick of a relegation battle, and they need their talismanic defender to be fit and at his very best if they are to survive this dogfight. 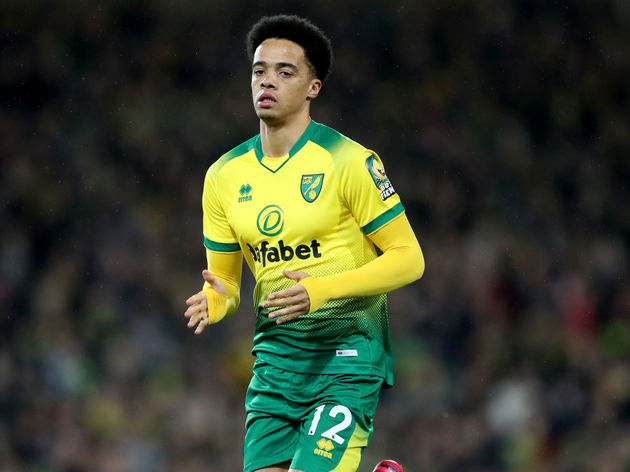 prospect, who loves bombing up and down the left flank, and he would undoubtedly thrive in a team with more balance and solidity than the floundering Canaries.

With Liverpool keeping an eye on the young Northern Irishman, it might not be long until Lewis is performing the role of understudy to the irrepressible Andy Robertson at Anfield. Declan Rice deserves to be surrounded by better players. The 21-year-old has shone for the Hammers ever since he burst onto the scene and claimed his spot in the team during the 2017/18 campaign. The England international's performances have regressed this season, but he cannot carry an entire midfield on his own.

Tough tackling, with an excellent reading of the game, Rice slots straight into our midfield. The Scotland international is destined for bigger things, and his electric start to the campaign won't be forgotten by scouts up and down the country. justifycaptaintechniqueflair, work-rate, desire, massive calves. You name it, he's got it.

It'll be a crime against football if Grealish doesn't represent England at Euro 2020 this summer. League. Emi Buendia is the sprinkling of stardust that any team requires, and frankly, he is wasted at Norwich City. The Argentine has racked up seven assists for the strugglers this season, but wayward finishing from his teammates has hampered the 23-year-old's statistics.

Provide Buendia with a striker whose ruthlessness matches his supplier's precision, and it'll be good days all round for everyone. playersTheinconsistency makes him a liability for a top team to lean on. When the 25-year-old is on song for ​Watford though, he is simply unstoppable.

We'd like to think we could get the best out of Deulofeu week in, week out, which makes him undroppable from our bottom-six starting XI. There should be a mass scientific case study into the effects of pulling on a West Ham jersey as a prolific centre-forward. Sebastien Haller lit up the Bundesliga last season, but he has struggled to score regularly in England. That could possibly be down to the fact he now plays in a side coached by David Moyes, which shows zero attacking intent or ability.

Partner Haller up with some like-minded forwards, and watch the selfless Frenchman shine and re-discover that scoring touch.