The 32-year-old has suffered a very public falling-out with sporting director and former Blaugrana star Eric Abidal, and further reports of discontent and fractured relationships continue to swirl in Catalonia. 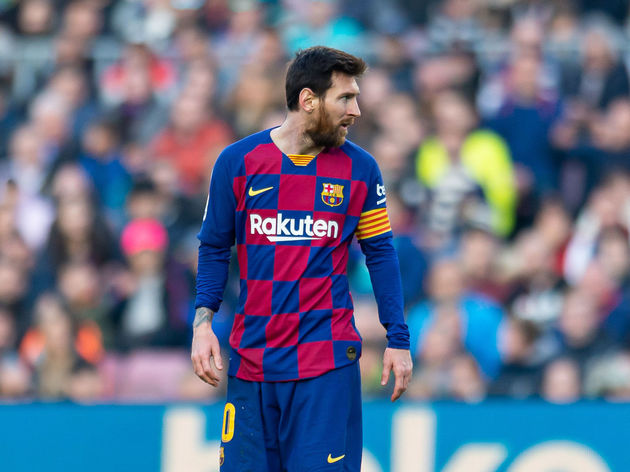 Now, ​Radio Continental report that in the wake of his

Whilelikelihood of Messi leaving Europe's biggest stage to play in MLS is slim, the forward's contract does contain a peculiar clause, allowing him to walk away from the Catalan giants at the end of every season, should he be dissatisfied with the club's progress.

And following the recent disputes with chief Abidal, and the lack of activity in the January transfer window, Messi does appear to be disillusioned with the state of the team to whom he has given his entire career.

Galaxyplayers whose salaries exceed the maximum wage cap - meaning there would have to be some changes before Messi's potential arrival. Barça sit only one point behind La Liga leaders ​Real Madrid, but both teams have suffered disappointing slumps throughout the campaign.

The Spanish champions are also desperate to lift the Champions League, and they'll be keen to make amends for their recent failings, having exited in humiliating circumstances in the last two seasons.

​Barça racked up three-goal advantages in home ties with both ​Liverpool and AS Roma, but Messi's men succumbed to shocking collapses in the reverse fixtures. Quique Setién, who succeeded Ernesto Valverde as manager, is now tasked with ensuring history does not repeat itself.