However, since being appointed Tottenham boss in November last year, Mourinho has torn up the universal rulebook regarding the last point on that list. 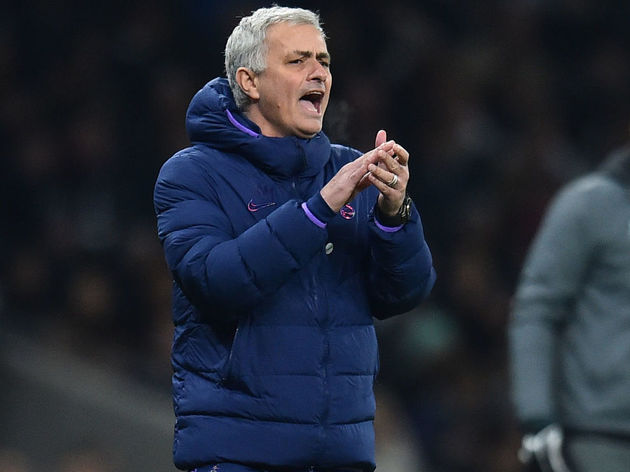 In 2005, Jose Mourinho’s ​Chelsea broke the record for the fewest goals conceded in a ​Premier League season, shipping just 15 goals in a 38-game league campaign. However, since arriving at ​Spurs, Mourinho’s men have conceded 27 goals in 20 games. In their defence, they have managed 37 goals themselves in that time, but the question stands, why has Jose ditched the pragmatic style which has brought him so much success?

Is it because he thinks Spurs’ forwards are good enough to outscore every team they face? Well, he didn’t change tact when he had ​Cristiano Ronaldo at his disposal, so highly unlikely.

Is it because he wants to be more like Pep? I think we all know the answer to that one.

The answer doesn’t lie within a sudden change of heart from the Portuguese tactician, the fact of the matter is, personnel has dictated he’s simply had to.

Throughout his time in management, Mourinho has built his teams upon a solid defensive foundation, and one of the most important aspects of this foundation - the defensive midfielder. No matter what country he has managed in, Mourinho has always had a defensive midfielder within his team who’s been the first name on the team sheet. Claude Makelele, Nemanja Matic, Esteban Cambiasso.

However, as he approaches three months in charge at the Tottenham Hotspur Stadium, Mourinho is yet to find a defensive midfielder who he can trust.

In the 16 games Mourinho has taken charge of, Eric Dier has started 11 of them, Giovani Lo Celso has started seven and club-record signing Tanguy Ndombele has featured from the off in just four of them. The Spurs boss has clearly yet to decide which of the three is his preferred choice.

More often than not it is Eric Dier who gets the nod in the centre of midfield, a selection which further goes to explain Spurs’ defensive struggles. England’s penalty shoot-out hero of 2018, Dier has been living off former glories for some time now. Incapable of providing the protection needed in front of the back four, Dier all too often finds himself bamboozled by top-class number 10s and chasing shadows. Chelsea Ngolo Kante is proof that you don’t need to be a wardrobe-sized figure to effectively cover a back four, but Dier doesn’t have the reading of the game to have the effect of the Frenchman.

This is not to say that Tottenham’s back four or five have been without fault this season. Many people were left scratching their heads in the summer as to why nobody attempted to trigger Toby Alderweireld’s reported £25m release clause, but the Belgian international’s recent displays have gone some way to explaining the lack of transfer activity. Meanwhile, captain Hugo Lloris’ unconvincing displays are doing little to settle the nerves among the Spurs backline, and in Serge Aurier the club possesses one of the most erratic ‘defenders’ ever seen in the league.

The club’s decision to make the loan move of Giovani Lo Celso a permanent one in last month’s transfer window may be an indication of who Mourinho sees as the answer to his midfield dilemma.

But for now, Spurs simply cannot be trusted to keep a clean sheet, and the burden of winning matches lies with Son Heung-min and co, while Mourinho is forced somewhat uncomfortably into his new look.