Son Heung-min Is Now a Better Player Than Harry Kane

Any club's supporters would feel aggrieved when one of their own is talked down, but this isn't all about him, so put the pitchforks and torches down for a second hear out the following - Son Heung-min has now surpassed Kane.

The pitchforks and torches are back up, then. At least listen to the reasoning, alright? Good. Son's brace in Spurs' 3-2 win at ​Aston Villa on Sunday means he's scored 21 non-penalty goals in 43 Premier League starts since the start of the 2018/19 season, while ​Kane has 22 in 47. You can cry 'they all count' all you want, but a striker as esteemed as Andy Cole insisted as recently as last week to the ​Evening Standard that open play goals should mean more to a forward.

While Sunday's match was the first time ​Son and co proved to be a ​cohesive unit up top in Kane's absence, he's always been the one looking dangerous when the rest of Spurs' attacking options faltered - bemoan his whacky dribbling and decision making all you want but he still has six goals in his last five games. 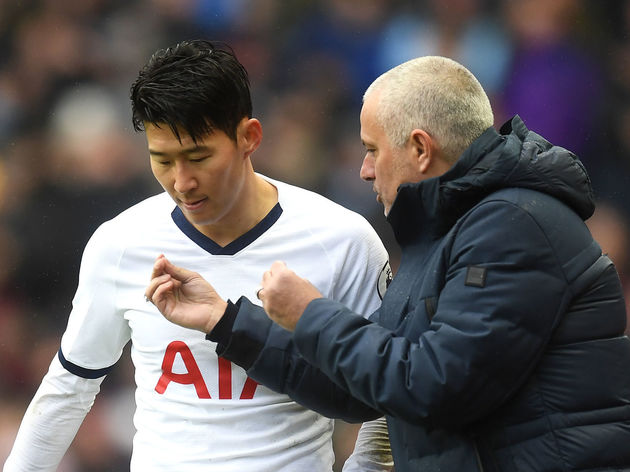 For more from ​Sean Walsh, follow him on Tw​itter!