​Manchester City winger Raheem Sterling is understood to be fully committed to the club, despite facing the possibility of being barred from the Champions League for two years.

The Citizens were hit with a two-year ban from European competition for breaking Financial Fair Play rules, but they are readying an appeal to try and get the punishment reduced or lifted altogether. As it stands, ​City will be banned from the ​Champions League until the 2022/23 season at the earliest, which has prompted rumours about the future of their star players. ​Sterling was one of the first to be linked away, with ​Real Madrid tipped to launch a £180m bid to sign him this summer.

However, according to the ​Mirror, Sterling is completely focused on City, with his agent Aidy Ward confirming that the winger is not listening to any transfer speculation right now.

“Raheem is solely focused on Manchester City and will not be distracted by any talk of transfers to any club at the moment," Ward said.

That will come as a huge boost to City. As noted by the ​Telegraph, they are well aware that a number of their stars will ask to leave at the end of the season because of the ban, so to hear Sterling's commitment will be a weight off their shoulders.

Manager Pep Guardiola, who could also walk away at the end of the campaign to try and end his Champions League drought elsewhere, has already spoken to his squad to remind them of the importance of remaining focused and doing their talking on the pitch.

It was highlighted that, if they win the Carabao Cup and FA Cup this season, then City will have won seven of the last eight domestic trophies available, which proves that this current squad is something special. 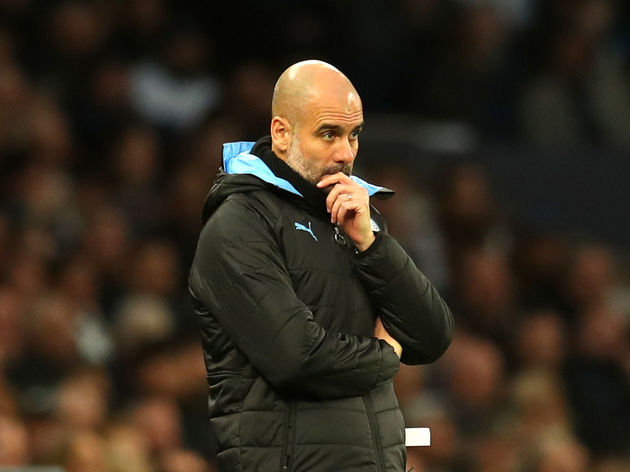 It's clear that the hope was to prove to the squad that they can continue to lift trophies in England while they are banned from Europe, but whether that will be enough to convince players to stay is a different matter entirely.

Europe's top clubs are believed to be circling in the hope of being able to lure City's stars away, with ​Sergio Agüero, ​Kevin De Bruyne and Aymeric Laporte thought to be likely targets at the end of the season.