​Two Newcastle stars are set to sign new contracts with the club following a surprisingly encouraging first half of the 2019/20 campaign.

Despite a 4-0 defeat to Arsenal on Sunday, the Magpies sit 13th in the Premier League table, seven points clear of the relegation zone and three wins away reaching the golden 40-point mark.

While performances perhaps haven't been as free-flowing and pleasing on the eye as members of the Toon Army might like, Steve Bruce has steered ​Newcastle to mid-table - as much as they would have hoped for following the departure of Rafa Benitez in the summer. 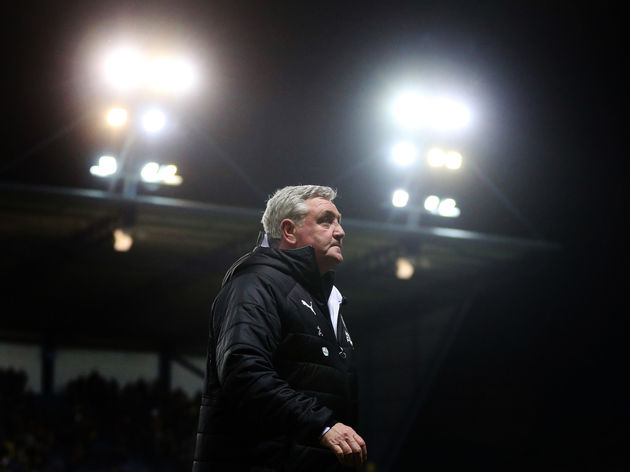 In an added mid-season boost, captain Jonjo Shelvey and versatile winger Matt Ritchie are believed to be close to signing new deals at St James' Park, according to ​The Shields Gazette.

Both players' contracts were due to expire in 2021, although the length of the new deals is unknown at this stage.

Shelvey has been a standout performer at the heart of the Magpies' midfield this term, scoring five times in 17 appearances, although the 27-year-old is currently out with a hamstring injury. Speaking in November last year, the former ​Liverpool and Swansea midfielder said he was playing for his own future at the club: “I’m playing for a new contract now," he said. "I want to stay here, and hopefully a contract will be sorted.”

Meanwhile, Ritchie has just returned from an injury of his own having missed most of the season so far. It seems the 30-year-old is firmly in Bruce's plans though, and he has been thrust back into action in the past few weeks.

Both men are among Newcastle's longest-serving players, and Bruce will see their experience as vital heading into the latter weeks of the season with their Premier League safety not yet secure. Speaking before the defeat to Arsenal on Sunday, Bruce revealed the clubs is working on new contracts for the Longstaff brothers, Matty and Sean.

He said: “Matt is the most important one, because his deal runs out,” said United’s head coach.

“Obviously, he’s got advisers, who’ll be advising one thing. I’m desperate for him to stay, but there’s got to be ground given on both sides, I would’ve thought, but, at the minute, we can't get there.”