Atlético Madrid will host high-flying Liverpool at the

Diego Simeone’s side go into the match against arguably the best team in world as currently the third best side in Madrid behind Real and Getafe.

Liverpool have looked utterly imperious all season, but one of their two losses this campaign came in this competition, all the way back in mid-September away to Napoli, when the Reds were only five points clear in the Premier League, rather than 25. Whether any team will be able to inflict the same fate upon Liverpool come Tuesday night seems as unlikely as the gap in England's top flight being reduced to single figures again, but if one club, and one manager, was built to crash the party that has been the Reds' season so far, it is Simeone's Atléti.

​Atlético have been forced to cope with numerous injuries throughout the season and are set to host Liverpool with the availability of several key players seriously in doubt.

Kieran Trippier will miss a rematch against Liverpool at the Wanda (the stage of Tottenham's Champions League defeat against the same opponents last season) with a hip problem which has seen him ruled out for the last six matches. 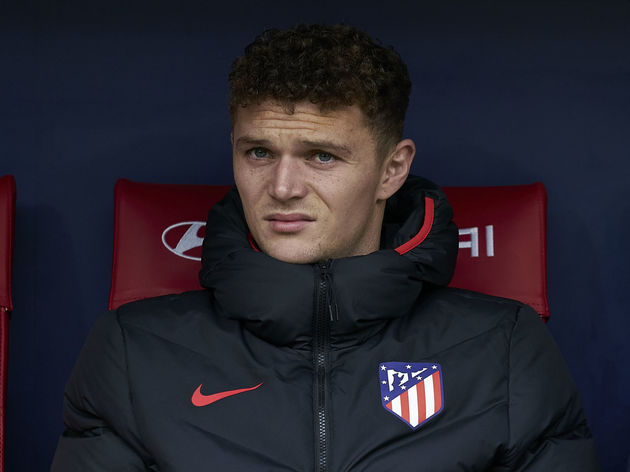 The £113m summer arrival João Felix is also a doubt as his debut campaign in Spain has been plagued with injuries and squandered chances, both of which have gone some way to dampening a promising start for the 20-year-old.

Diego Costa has been absent with a herniated disc since mid-November, but his strike partner Álvaro Morata returned to action with a second-half cameo on the weekend after hobbling off against Real Madrid two weeks ago.

As the scorer of more than a quarter of the club's goals this season, Morata's presence up front will be key if ​Liverpool can boast a remarkably short injury list considering the number of games they've played this season, with Nathaniel Clyne the only long-term absentee as they welcomed Sadio Mané and Fabinho back to fold on Saturday in the 1-0 win over Norwich.

The Senegal international was only given half-an-hour against the Canaries after four games on the sidelines but was back to his best as he netted the only goal of the game with 12 minutes to go.

These two sides have only ever met four times in competitive fixtures, and not since the 2009/10 Europa League semi-final -

The first encounter between the clubs came in the 2008/09 ​Champions League group stage with both games ending 1-1.

Simeone's side have endured a terrible run of form in recent weeks, winning just one of their last six matches across La Liga and the Spanish Cup (which they were dumped out of by third-tier Cultural Leonesa).

Despite this they remain fourth in the league, but the pace-setters Real Madrid and Barcelona have already opened up a double-digit point gap at the top, not helped by the fact that Atléti have collected one point from the three matches against the big two. While their defence has been characteristically stingy this season, due in part to their excellent goalkeeper Jan Oblak and their ability to limit the opposition to poor chances, it is the attack which has let

From 24 league games this season, they only have 25 goals to their name. To put that in perspective, that measly return is one fewer than relegation-threatened West Ham could muster and only one more than a Joelinton-led Newcastle attack registered in the same number of games.

A clean sheet will be vital should Atléti maintain any illusion of progressing as they cannot afford to give Liverpool an away goal, given how poor they have been in that department at any venue. The Premier League leaders have enjoyed a fair amount of defensive solidity themselves in recent weeks, thanks in no small part to their own goalie, Alisson. Liverpool's last 11 Premier League games have seen the Brazilian shot stopper keep no less than ten clean sheets.

The Reds travel to the Spanish capital yet to taste defeat in the league this season, with 76 points from a possible 78, worrisome reading for any side, let alone an out-of-form Atléti.

If this Liverpool team were playing Simeone's title-winning side of 2014 then Tuesday would be a much more even fixture, but this year's fixture points towards a more straightforward outing for Klopp's men.

There's no doubt that Simeone's side will muster all the fibra (toughness, streetwisdom) they can to unbalance this all-conquering Liverpool side, but how much of that is left in this incarnation of Atléti is yet to be seen, following the sales of ageing stalwarts Gabi, Diego Godín and Juanfran this summer.

It won't be a walk in the park, but Liverpool always seem to pull something out the bag this season, be it a late goal or scruffy set-piece.

While Atléti may not be at their best, they have tended to find their form in the Champions League, overcoming the likes of Luis Enrique's Barcelona or Pep Guardiola's Bayern Munich, yet this Liverpool side should prove too much for Atlético and maybe anyone else.