​Newcastle boss Steve Bruce is keen for Andy Carroll to sign new terms with the club, with the forward's current contract set to expire in June of this year.

Carroll has struggled with injuries this season - something that has been a persistent issue throughout his career - and has made just 14 appearances for the Magpies as a result, failing to find the back of the net once.

However, it's Carroll's attitude both on and off the pitch that has impressed Bruce, who is interested in tying the 31-year-old former Liverpool striker down to a contract extension at St. James' Park. 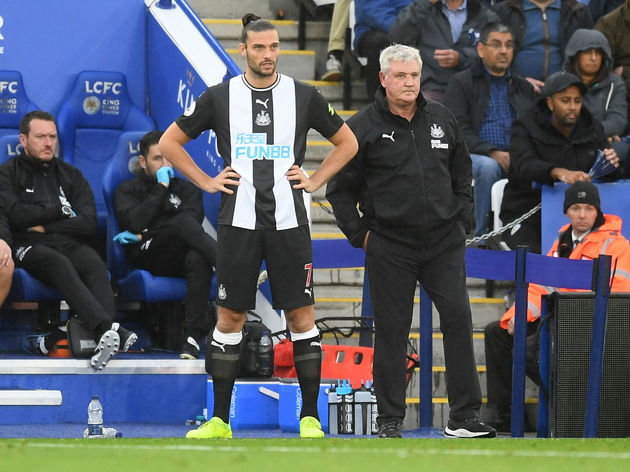 According to the ​Northern Echo, Bruce will urge the club to give Carroll a new deal, with his current 'pay as you play' contract set to run out this summer.

Supposedly, ​Carroll's decision to take big-money summer signing Joelinton under his wing has also impressed Bruce, with the Brazilian having netted just one goal all season in the Premier League.

However, a decision on Carroll's future may hinge on the arrivals and departures on Tyneside this summer, with forward ​Dwight Gayle, and possibly Yoshinori Muto, set to leave the club in the upcoming window.

Bruce and his Newcastle side have exceeded all expectations this campaign, sitting 12th in the table at present, seven points clear of the relegation zone. However, the Magpies have struggled to score goals all season, and have scored the equal-fewest goals in the Premier League with just 24 - exactly half of which have been scored by defenders.

As a result of ​Newcastle's rather uninspiring style of play, fans have once again shown their anger at the club's current state of affairs, while also calling for significant investment this summer.

One area in which Newcastle would have to strengthen would be up top, but Mike Ashley's resistance to spending big in the transfer window may leave the Magpies in a spot of hot bother once again.