​Manchester United travel to Stamford Bridge on Monday night to take on Chelsea, with both sides boosted in their bids for Champions League football next season by the news of Manchester City's shock ban.

Chelsea are currently sat in fourth, six points clear of ninth-placed Man United, but the revelation of City's expulsion from European competition for two seasons means a fifth-placed finish may be enough for both sides.

Frank Lampard's side return from their winter break hoping to resurrect their early season form, with the Blues having won just one of their previous five league outings. Chelsea played out an exciting 2-2 draw with Leicester last time out, and Monday signals the start of a difficult three-game period in which they take on United, Tottenham and Bayern Munich in consecutive fixtures.

Man United will be chomping at the bit to get back to winning ways, having failed to win any of their previous three league games. Travelling supporters will be eager to get another glimpse of new boy Bruno Fernandes as well, following his fairly low-key debut against Wolves.

​Chelsea are near enough full-strength, with only Christian Pulisic and ​Ruben Loftus-Cheek the significant absentees - although both are nearing a ​potential return to full fitness. Tammy Abraham is also a slight doubt through a minor ankle injury, but Lampard will likely start the young Englishman regardless.

It will be interesting to see whether or not Kepa returns to the Blues' starting lineup, given the Spaniard was dropped last time out. Ole Gunnar Solskjaer's injury list is significantly longer, with Marcus Rashford, ​Paul Pogba, Scott McTominay and Axel Tuanzebe all unavailable to the Norwegian. However, the United boss has hinted at a potential debut for January signing Odion Ighalo - partly due to a lack of options up front.

Monday's visitors have been significantly better in this fixture than their London counterparts, winning 80, drawing 51 and losing 54 of the past meetings. Chelsea haven't beaten the Red Devils in their last five encounters in all competitions. 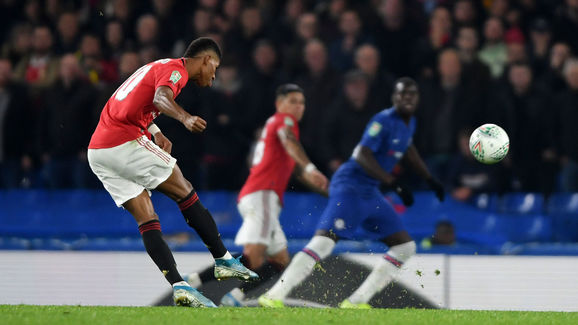 The two sides have already faced off twice this season, with the opening day clash at Old Trafford seeing United come away as emphatic 4-0 victors - a rather flattering scoreline.​

Solskjaer's side have already won at Stamford Bridge as well this term, recently beating the Blues 2-1 in the Carabao Cup, courtesy of a stupendous ​Rashford free kick.

Both sides have shown inconsistency recently, generally excelling in cup competitions while struggling in the league. Chelsea have failed to continue their momentum from the early stages of the campaign, and are now without a league win in three games; losing 1-0 to Newcastle and drawing with Arsenal and Leicester 2-2.​

Chelsea's home form has actually been significantly worse than their fortunes on the road this season, with Lampard's men having earned just 18 points from a possible 36 at Stamford Bridge. 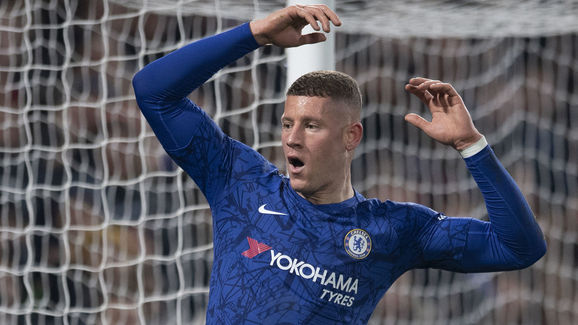 ​Man United have been similarly unpredictable, having failed to win any of their last three matches, including disappointing 2-0 defeats to rivals Liverpool and struggling Burnley.

One positive for the Red Devils is their increased stability at the back, having kept five clean sheets from their last seven matches in all competitions. However, this hasn't stopped them dropping to ninth, without scoring in their last three league games.

Here are each side's previous five results in all competitions:

Both sides have been predictably unpredictable this season, making this a difficult game to call.

Chelsea's home advantage should make them favourites, but the Blues have often found life difficult at Stamford Bridge this season, perhaps struggling with the weight of expectation from the home crowd. United have generally been better against the big boys this season, epitomised by their two games against Chelsea already this term. However, without Rashford in their ranks, the Red Devils lack a creative spark on the counter-attack, and will likely struggle to create a vast amount of opportunities.