​Valencia and Atlético Madrid played out an entertaining 2-2 draw at Mestalla in a fast-paced game which featured intense pressing and stunning goals.

Atlético played with a furious intensity in the first half, and it culminated in midfielder Marcos Llorente tapping in a cross swung in by Ángel Correa. Valencia would however start to impose themselves on the game and equalised through Gabriel's header, which was assisted by Maxi Gomez' bouncing cross.

But they weren't level for long, as Thomas robbed Valencia captain Dani Parejo of possession and curled a stunning finish past Jaume Doménech, putting the away side back in front just before half-time.

1 - Thomas Partey has scored the first @Atleti's goal from outside box in #LaLigaSantander this season. Only Watford & Crystal Palace are the only teams to have failed to score it in the Top 5 European Leagues. Lash@LaLigaEN #ValenciaAtleti #AtleticoMadrid pic.twitter.com/AkO78QTiet

In the second half, Valencia came back and equalised through Geoffrey Kondogbia, who squeezed in a finish from Parejo's free kick. Both sides had chances to take the lead, with first Valencia substitute Kevin Gameiro firing over the bar from close range, before Atlético substitute Alvaro Morata having his header superbly saved by Doménech.

A close finish ensued as the two teams raced to grab a winner before the final whistle, but unfortunately no player was able to make the decisive breakthrough.

4 - @valenciacf_en are the first #LaLiga team to have drawn at home the four games vs Madrilean opponents ever in a single season ever: Leganés (1-1), Getafe (3-3), Real Madrid (1-1) & Atlético de Madrid (2-2). Lavish#ValenciaAtleti pic.twitter.com/nk9NIKeL3r So often is Parejo considered the heartbeat of this Valencia side, yet tonight it was a different story. The aggressive press of the Atlético midfielders meant that he barely had time on the ball and couldn't exert his usual influence on the centre of the pitch. It was also highly noticeable how he dropped into a centre-back position just to get the ball.

He was constantly harassed by the likes of Thomas and Llorente and turned the ball over often. Indeed, it was Thomas and his pressure which robbed Valencia's captain of possession before netting the away side's second goal.

Yet his set-piece delivery was still the key for Kondogbia's equaliser and the captain still managed to find a way to influence the game as time progressed. Valencia's upsurge in the second-half was aided by Parejo becoming more creatively involved as the Atlético press waned from fatigue. 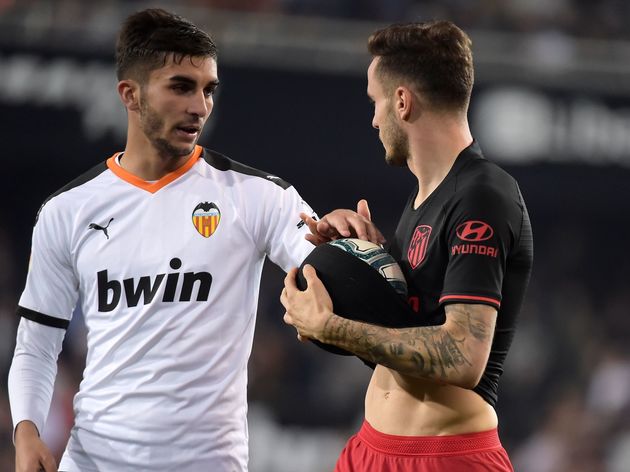 When Valencia came under heavy pressure in the first half, they looked like they were going to be outmatched by their opponents.

Yet winger Ferran Torres had other ideas. His skill and pace were on full display as he gave Renan Lodi a difficult time and forced the defender into an early booking and his eventual substitution. As Los Ches stormed back into this game, Torres was a key part of their attacking play and created multiple chances for his team. 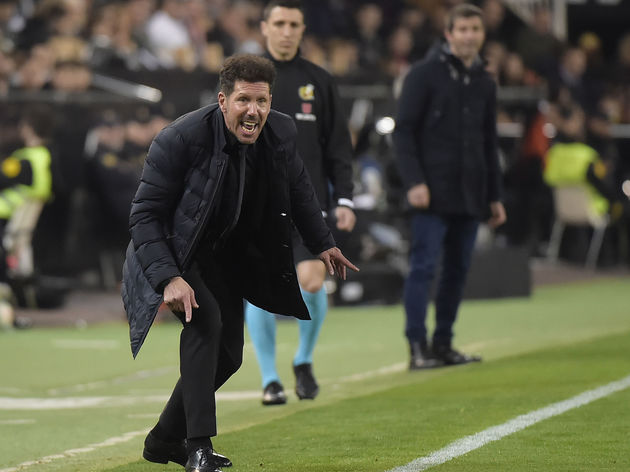 Recently, ​Atlético have struggled for goals having only scored two in their last five games. Yet tonight the away side seemed to carry much more impetus and purpose in their attacks. The early goal from Llorente signalled a higher intensity game from Los Rojiblancos that has not been seen in their recent performances. Both full-backs got themselves high up the pitch and put in multiple crosses for multiple early chances.

Off the ball, the pressing displayed by Diego Simeone's men was intense and full of energy, emphasising their desire to win the game with purpose and pressure their opponents into mistakes. Valencia's midfielders barely had room to breathe in possession, and were either forced to move the ball backwards or make errant passes, which epitomised the furious intensity brought back by Atlético tonight. Thomas' goal, made through robbing Parejo of possession in his own half, symbolised the dynamic approach taken by the away side.

While it seemed Los Rojiblancos ran out of steam by the end of the game, the increased intensity displayed tonight will bode well for future games as they continue to try secure a top four finish. What a performance from the Ghanaian. He was heavily involved in the pressing of Valencia's midfielder, and ensured Parejo barely had any of his usual influence on the game. Thomas was a constant presence and source of energy, winning the ball time-and-time again in order to start an Atlético attack.

Capping off his performance with a stunning goal doesn't hurt either, but robbing his opponent of the ball in the build-up symbolised his tireless performance throughout the game.

Both sides will have ​UEFA Champions League ties during the midweek, with Valencia travelling to Italian side Atalanta on Wednesday while Atlético host ​Premier League leaders ​Liverpool on Tuesday.