​Newcastle manager Steve Bruce would be keen to bring Adam Lallana to the Magpies this summer, according to one local journalist.

The ​Liverpool midfielder is out of contract in the summer, and it is expected that he will leave on a free transfer at the end of the current season. After spending six campaigns at Liverpool, he has been limited to just 19 appearances in all competitions in 2019/20. 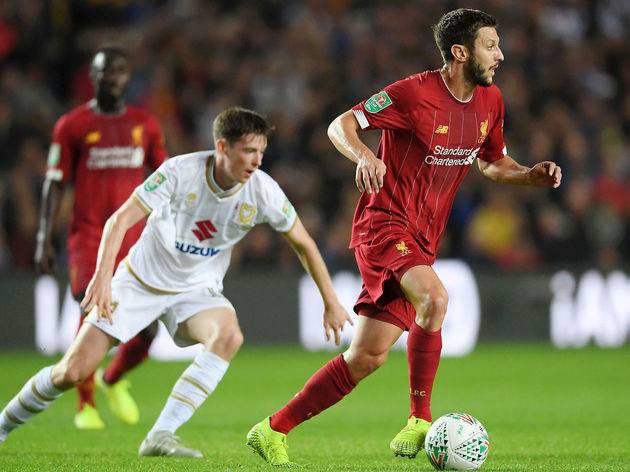 In a ​​Q&A with the Chronicle, journalist Mark Douglas revealed that Bruce and ​Newcastle already have 'two or three' Bosman signings in place.

For Newcastle, securing the signing of a player with the quality of ​Lallana could be a huge coup. At 31 year old, the former Southampton midfielder still has a lot to offer in terms of ability and experience, having reached two Champions League finals with Liverpool - winning one - and being capped for England 34 times.

Regarding creativity, Newcastle have scored just 24 goals in the Premier League this season; only Crystal Palace have scored fewer (23). While signings such as Allan Saint-Maximin and Andy Carroll have improved attacking options, Bruce's side still look light of real quality going forward. The main stumbling block in a move for a player like Lallana would likely be wages. Lallana currently earns around £110,000 per week at Liverpool, a salary that Newcastle owner Mike Ashley may not be willing to accommodate.

Competition from other clubs would also prove a problem; while Lallana cannot negotiate with English sides until the end of the season, he is free to speak to foreign clubs now, under Bosman ruling. AC Milan and Lazio have both been linked, as reported by ​SportWitness.

Newcastle currently sit 12th in the Premier League, and travel to London to face Arsenal on Sunday afternoon.