Juventus vs Brescia Preview: How to Watch on TV, Live Stream, Kick Off Time & Team News

​Juventus host Brescia on Sunday afternoon in Serie A as they look to take advantage of the Lazio-Inter clash later that day.

Defeat at Hellas Verona last Saturday saw Maurizio Sarri's side relinquish their place at the top of the table, with Inter's comeback victory in the Derby della Madonnina seeing them leapfrog I Bianconeri at the summit - only on goal difference, mind. Things looked to have been getting worse for Sarri on Thursday night when an Ante Rebic volley put Milan ahead in the first leg of their semi-final tie in the Coppa Italia on Thursday night. But a late Cristiano Ronaldo penalty ensured Juve will go into the second leg in three weeks' time on level terms.

On Sunday, they'll take on a Brescia side who currently sit 19th in Serie A. I

The home side will be without Douglas Costa, who's set to be sidelined for three weeks after picking up a muscle injury against Verona last week. Federico Bernardeschi, Danilo and Merih Demiral remain out with injuries they've sustained since the turn of 2020, while long-term absentees Giorgio Chiellini and Sami Khedira are set for returns in the coming weeks.

Recently appointed Brescia boss Diego Lopez should have a full squad available for the trip to Turin. Central midfielder Romulo is the only doubt with a dead leg.

Before the reverse fixture back in September - which Juve won 2-1 - the two sides hadn't faced each other for nearly a decade, with their last meeting being back in March 2011.

Goals from Milos Krasic and Alessandro Del Piero were enough to see off Le Rondinelle on that day, back when Juve were still playing at Stadio Olimpico di Torino. 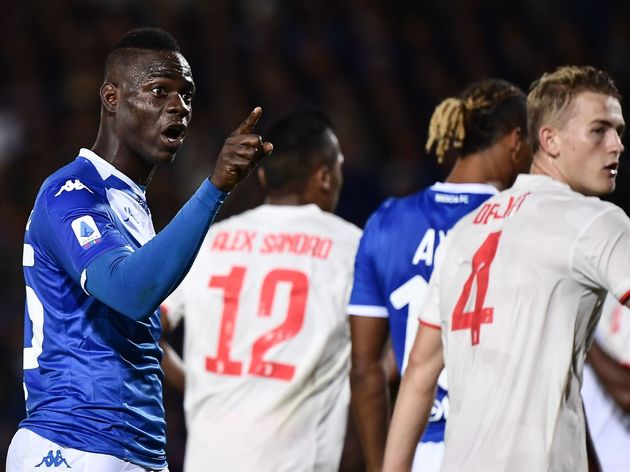 Of their last six meetings, Juventus

Despite being level on points with Inter at the top of the table, Juve have rarely been convincing this season under new manager Sarri, and in their last four games in all competitions they've won just once - a 3-0 home victory against Fiorentina at the start of the month.

While they've coped defensively despite the loss of Giorgio Chiellini, I Bianconeri have often lacked penetration and creativity going forward.

With the likes of Paulo Dybala, Adrien Rabiot and Miralem Pjanic in the side, their interplay can sometimes be spectacular in the build-up phase, but when they get into the final third they look devoid of ideas - something that was on display against Milan There's no doubt they have the experience and capability to win yet another Scudetto, but contesting for the Champions League

Brescia, meanwhile, have endured a dismal campaign in their return to the top flight.

While Andrea Pirlo regen Sandro Tonali has impressed from central midfield, Brescia's deficiencies at both ends of the pitch have ultimately led to their struggles this season. The club's 21 goals scored and 42 conceded both rank third-worst in the division.

Following Eugenio Corini's second departure from the club at the start of the month, the Brescia faithful are looking to new boss Lopez to steer them to safety. The Uruguayan almost got off to the perfect start against Udinese at the weekend, but a late Rodrigo de Paul strike meant Brescia were forced to settle for a point. Promising signs, nonetheless.

Here's how the pair have fared in their last five outings.

Despite Juve's toothlessness in the final third, they should have enough to get past Brescia in this one. It's hard to envisage the visitors' backline being able to keep pace with the craftiness of Dybala and the ruthlessness of Ronaldo - who's scored 18 in his last 14, by the way - for the whole 90 minutes, but with a new manager in town, they should put up a decent fight.

Nevertheless, this should be a routine victory for the Bianconeri.