​Mauricio Pochettino wants to return to the Premier League. That much is clear - he said so himself this week. The question, however, is where might he end up. If the former Tottenham manager does get his wish, surely he will be in line to land a job at one of the other 'big six' sides.

Yet, at this moment in time, it's unknown if such an opportunity will present itself, however well-regarded the Argentine may be. Mikel Arteta's Arsenal project is underway, Frank Lampard is at Chelsea for the long haul, Jurgen Klopp isn't going anywhere anytime soon.

Ole Gunnar Solskjaer might leave Manchester United, and they've been linked with Pochettino in the past. If the Argentine did indeed end up taking charge of the Red Devils at some point down the line, there would be minimal surprise. There's one side we haven't yet mentioned. England's champions over the last two seasons - managed by arguably the most talented and successful coach of the last decade - ​Manchester City might appear an unlikely destination for any manager, let alone Pochettino.

But Pep Guardiola's ​future is up in the air. It's well known he doesn't tend to stick around at clubs forever, and the Catalan has regularly appeared frustrated this campaign. Granted, his side are well off the pace - a whopping 22 points behind Liverpool.

Guardiola's future at the club may well be dictated by how City do in the Champions League - a competition which they have fallen short in throughout Guardiola's tenure. ​Liverpool A very proud Mauricio Pochettino talks the game that got Spurs to the @ChampionsLeague final at @FIFAcom #BestAwards pic.twitter.com/udhFrY3Pwx

This team isn't ready to win the Champions League according to Pep Guardiola.

How much more money do they need to spend?!  pic.twitter.com/NYS01jPCYR 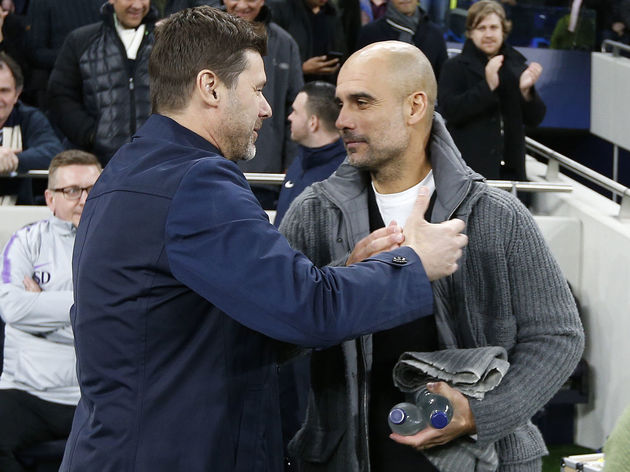