The Poles repeated the feat in 1982, again being knocked out by the eventual winners, though this time it was Italy who progressed at their expense. Since that golden generation there has been little to shout about in the way of international success for Poland, so perhaps it will come as no surprise to hear that our all-time XI is strewn with heroes of the 70s and early 80s.

However, there is the occasional appearance from a few modern day heroes, and even a certain striker up front. 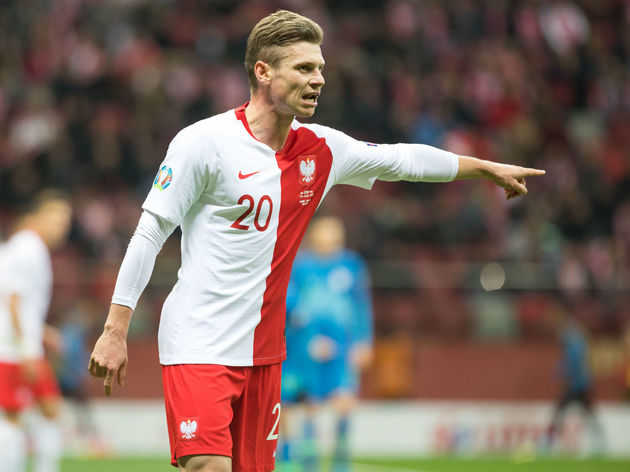 Jan Tomaszewski (GK) - Started all seven of Poland’s World Cup 1974 games. Played the majority of his football in his homeland before late spells in Belgium and Spain. Was infamously labelled ‘a clown’ by Brian Clough before a crucial World Cup qualifier against England. The goalkeeper went on to have the last laugh as he produced a man of the match performance, ensuring it was his side who qualified at the expense of the Three Lions.

Łukasz Piszczek - Renowned for his time at Dortmund, the right back has two Bundesliga titles to his name and has twice been named in the league's team of the season. A regular in the Poland back line after his debut in 2007, Piszczek won 66 caps for his country before retiring in 2019, appearing in three European Championships and one World Cup.

Kerzy Gorgon - A domineering centre half very much at the heart of the ’74 World Cup squad. Spent the majority of his career at Polish side Górnik Zabrze and was capped 55 times, scoring six goals.

Wladyslaw Zmuda - Crowned best young player of the tournament at the ’74 World Cup, having only turned 20 a matter of weeks before the competition. Appeared in four World Cups during his international career, a record only bettered by Antonio Carbajal and Lothar Matthäus. The centre back is also tied third for the most World Cup appearances (21) with only Matthäus and Paolo Maldini making more. The centre back was capped 91 times by his country.

Antoni Szymanowski - Capped 82 times, the defender was Poland's player of the year in 1975. Featured in all seven of his country’s games at the ’74 World Cup and played the majority of his football in Poland before moving to Club Brugge. Grzegorz Lato - The hero of Poland’s third place play-off win against the almighty Brazil, Leto’s goal secured the Poles a place in World Cup history as they won 1-0. Earned 100 caps in a stellar international career, scoring an incredible 45 goals. His electric pace terrified some of the best defences in world football as he finished the ’74 World Cup as top scorer with seven goals.

Henryk Kasperczak - A mainstay of Poland midfield throughout the 70s, going on to win 61 caps for his country. Has since embarked on a successful management career which has seen him guide Tunisia to second place in the African Cup of Nations and Ivory Coast to third.

Kazimierz Deyna - Highly regarded as one of the players of his generation, the playmaker finished third in the European Footballer of the Year behind Johan Cruyff and Franz Beckenbauer. Scored 47 times for his country, including finishing top goalscorer at the 1972 Olympic games. Became one of the first overseas players to play in England when he signed for Manchester City, only for his spell there to be hampered by injuries.

Jakub Blaszczykowski - Another household name in our all-time XI. Flourished under the stewardship of Jurgen Klopp at Dortmund and was a big part of the side which won Bundesliga titles in 2011 and 2012. Capped over a hundred times by his country, currently playing his football back in Poland with Wisła Kraków. Zbigniew Boniek - One of the greatest Polish players ever. Boniek's distinguished career saw him play for both Juventus and Roma, leading him to Serie A and European Cup glory. Finished third in the 1982 Ballon d’Or behind Paolo Rossi and Alain Giresse. Embarked on a career in management following retirement and is the current head of the Polish Football Association.