The hosts picked up another crucial win in their bid for promotion midweek, beating Reading 2-1 and moving six points clear of second-placed Leeds. Slaven Bilic's side have won their last three games, capitalising on the slip-ups of those around about them to edge ever closer to the Championship title.

But Saturday's clash will prove to be their biggest recent test, taking on a Forest side with plenty to play for themselves. Sabri Lamouchi has worked wonders at the City Ground this season, but his side's disappointing 1-0 defeat to Charlton on Tuesday saw them spurn the opportunity to move in to second place.

Forest are currently sat in fifth, two points from the automatic promotion places, but defeat could see them drop out of the playoffs altogether.

​West Brom are expected to start with the same lineup that beat Reading midweek, with Grady Diangana and Kieran Gibbs the only absentees - even though the latter has returned to training​.

Meanwhile, Forest are just without Tendayi Darikwa, and will undoubtedly go for a full-strength side for this pivotal top of the table clash. Saturday's hosts have edged past meetings between the two sides, winning 58, losing 46 and drawing 32. The last ​time these two teams met was the opening day of the season, with the Baggies coming from behind to beat ​Forest 2-1.

West Brom have re-found their form foll​owing some poor results towards the end of December and the beginning of the new year. The Baggies have won their last three matches, conceding just one goal and comfortably moving clear at the top of the table.

However, Slaven Bilic will be looking to avoid previous complacency over the next few weeks as his side take on three playoff contenders in the from of Forest, Bristol City and Preston North End. Forest have been predictably unpredictable in recent weeks and months, epitomised by their recent victory over ​Leeds and defeat to Charlton in the space of three days. Saturday's visitors have won three of their last six matches, but have fared well against the division's big boys this season - even on the road - recently beating promotion rivals Brentford away from home 1-0.

Here are both side's last five results in all competitions:

Both sides have shown their inconsistency this season, making Saturday's clash a difficult one to predict. However, West Brom's recent resurgence has come at the perfect moment in the season, and you wouldn't bet against them further extending their advantage at the top of the ​Championship table - especially at the Hawthorns. 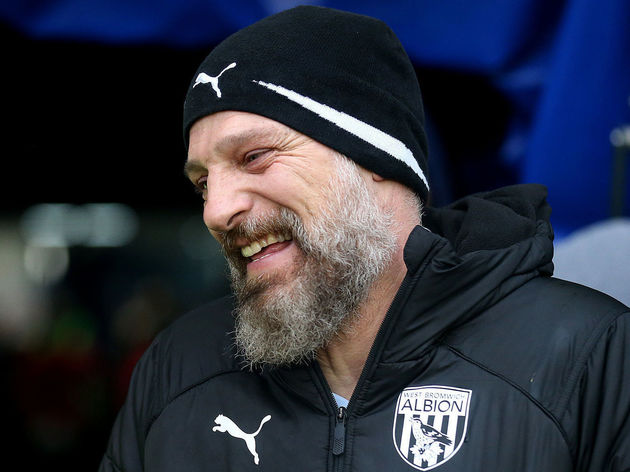 However, Forest's recent scalps against Brentford and Leeds make them tricky opposition to face, and the visitors will certainly do everything in their power not to get beat this weekend as they look to challenge for automatic promotion.