​Atletico Madrid head to Valencia in La Liga on Friday evening with both teams looking to gather momentum as the fight for the top four heats up.

The hosts are coming off the back of a 3-0 humbling against surprise packages Getafe, while Atletico won 1-0 in a dour home performance against Granada. With most teams playing after them on the weekend, it'll be a good chance for both sides to get ahead of the rest of the pack as they both eye a place in next season's Champions League.

Alessandro Florenzi is suspended for Valencia after being sent off against Getafe, while Jose Gaya, Jasper Cillessen, Kevin Gameiro, Ezequiel Garay and Manu Vallejo are also all ruled out with injury. ​The last meeting between the two sides was in ​La Liga back in October, with a late Dani Parejo goal cancelling out Diego Costa's penalty in a 1-1 draw. 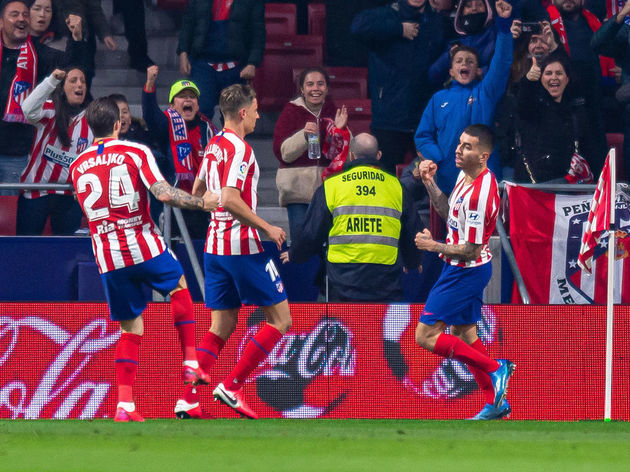 Both sides are having a pretty up and down season, and are finding difficult to string a run of wins together. Valencia will be looking to bounce back from a 3-0 loss to Getafe and being knocked out of the Copa del Rey at the quarter-final stage to Granada.

Atletico's 1-0 win against Granada in their last game was a poor one. as they struggled to carve out any chances at all. That has been the story of their season though, and Simeone has to change something quickly. ​This game is likely to be quite a slow affair for a large portion of it, sticking to the way Atletico games have been this season. However, home advantage could be massive for Valencia, and with the number of injuries