Norwich vs Liverpool Preview: How to Watch on TV, Live Stream, Kick Off Time & Team News

It's bottom vs top in the Premier League this Saturday as ​Liverpool travel to Carrow Road to take on Norwich.

The Reds can move a staggering 25 points clear of Manchester City - following their postponed clash with West Ham - and will be aiming to take a step closer to sealing a first Premier League title. A victory for the table toppers this weekend would see them move within five wins (or 15 points) of the grand prize. 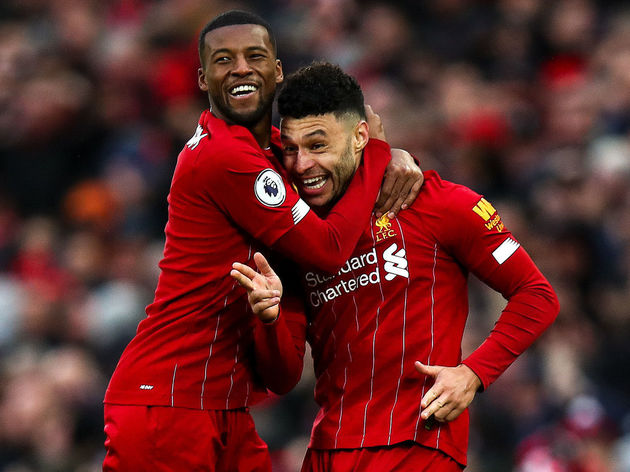 But it won't be as straightforward as many might assume given the two side's league positions, as the Canaries have prior experience to taking down the big boys, notably toppling current champions City on home turf this season. Norwich are in desperate need of points if they have any realistic hope of Premier League survival, with the promoted side currently sat on 18 points - seven away from safety.

Daniel Farke luckily has a near full-strength side to play with, and he'll need it given the calibre of opposition ​Norwich are facing. The Canaries' persistent injury woes have come to a timely end, with only defender Timm Klose unavailable through a long-term knee injury.

The big news for Liverpool is the return to fitness of ​Sadio Mane, who has missed the last two league outings after tearing a muscle against Wolves. The Senegalese winger should be raring to go following the winter break, but Klopp may be a tad cautious about thrusting the attacker straight back in to the action.

​James Milner and Xherdan Shaqiri are nearing a return for the Reds, but Saturday will likely come too soon for either player, while Nathaniel Clyne remains sidelined with a knee injury.

Unsurprisingly, ​Liverpool have won 36 of the 65 meetings between the two sides​, drawing 15 and losing 14. The Reds haven't lost any of their last 13 matches against Norwich, and are undefeated against the Canaries since April 1994. The reverse fixture took place on the opening day of the season and highlighted Liverpool's recent dominance in this fixture, with the Reds winning 4-1. At least Luis Suarez is now longer plying his trade for the world champions, eh...

Norwich have been poor since their surprise 3-2 victory against ​City back in mid-September.

Farke's side have won just one of their last 12 league games, and have kept a mere two clean sheets in that time. The fortunes of the Canaries in the FA Cup has offered some respite in recent weeks, with the club having beaten both Preston North End and Burnley in their last six matches to enter the fifth round. Liverpool's form has been a stark contrast, with the Reds having won 24 of their 25 league games this season, as well as keeping nine clean sheets in their last 10 in the ​Premier League. Jurgen Klopp's side ran out emphatic 4-0 victors in their previous outing with Southampton, which took them 22 points clear of title rivals City.

The Reds haven't failed to score in a single league game this campaign, and will fancy their chances of adding to the 60 goals they've scored this season on Saturday.

You would have to be courageous​ (and possibly insane) to bet against Liverpool this season, especially when the Reds take on the worst side in the division. With Mane's potential return to the starting lineup, as well as Norwich's difficulties defending, you would fancy a flurry of goals for the Reds on Saturday. However, the Canaries have shown their credentials against the big boys this season, taking points off City, Tottenham, Leicester and Arsenal this term so far. Farke's high-octane, gung-ho philosophy may give the world champions food for thought, and the visitors might just have one eye on a midweek Champions League clash with Atletico Madrid.