​Atletico Madrid are facing a major injury crisis ahead of their Champions League clash with Liverpool on Tuesday, with as many as seven first team squad members currently struggling for fitness.

Atletico edged past Granada 1-0 last time out, but Simeone was forced to play Angel Correa and Vitolo, who both typically operate on the wings, up front. However, Correa's early goal was enough to see his side pick up all three points. 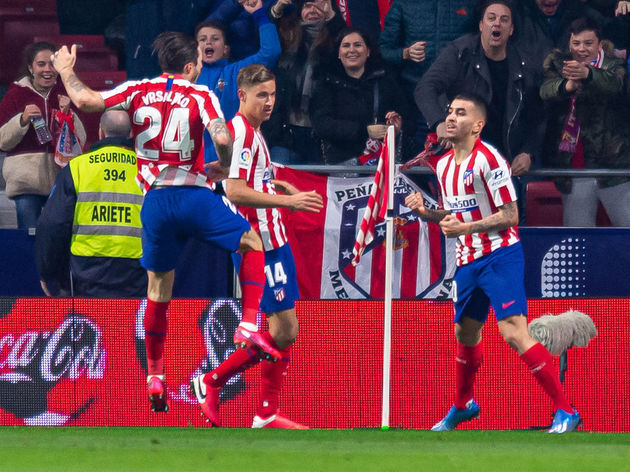 ​AS have now provided an update on Los Rojiblancos' current injury crisis, with the report revealing that as many as seven squad members are struggling for fitness.

​Diego Costa, Joao Felix, Alvaro Morata, Jose Gimenez, Kieran Trippier, Santiago Arias and Hector Herrera have all been troubled by injuries recently, but AS claim that while certain members look set to miss out, others are pushing to be fit in time.

Costa, who has been out since November with a herniated disc, is back in training and there is 'an outside chance' that he could be fit in time to face the Reds. Felix, meanwhile, has missed ​Atletico's last two games with a muscle injury and he will miss the team's upcoming clash with Valencia as he looks to be fit for the ​Champions League match. However, there is no mention of whether he is expected to feature or not. As for ​Morata, he is expected to be fit to take on Valencia, meaning he could play against ​Liverpool. Similarly, Jimenez is set to return to action on Friday, while Arias could also return. Herrera, meanwhile, 'should' return to training this week and could feature in some capacity.

However, there is less positive news on Trippier, who has already been ruled out of the first leg. The former Tottenham defender could also miss the second leg of the tie.

The seven players are facing a race against time to be fit, but Simeone will be desperate to see them return in time as they look to pick up a positive result when they host the current holders of the competition in the first leg of their last 16 tussle.