Crystal Palace are a side with a long and storied history, one of London's most iconic clubs and – more pertinently to this conversation specifically – home to some fantastic players over their 114-year history.

Various trips to and from the top flight in the last 50 years have left them with a long list of greats and club legends to flick through...so we're going to do that. Nicknamed 'Budgie' due to his never-ending chattering, Johnny Byrne signed his first professional contract on his 17th birthday - not a bad way to celebrate. Six years later, the Englishman had become a Palace favourite in the lower leagues, but moved to West Ham where he found major success with an FA Cup win and seasons of European football.

He rejoined the Eagles after his five-year spell at the Hammers and reached 100 Palace goals - putting him fourth in the club's all-time top goalscorer list at the time. Byrne reached his peak in 1964 when he bagged a hat-trick in a 4-3 win over a Portugal side containing legend Eusebio. There is an affectionately-named restaurant named Speroni's Restaurant at Selhurst Park, in honour of the club's former keeper - showing his legendary status at the club. The Argentine left Palace this past summer summer as a club legend, having joined almost 15 years earlier. He won their player of the season award an incredible four times – practically unheard of for a goalkeeper.

Only three players have played more than Speroni's 405 games for the club, and no goalkeeper has ever approached that mark for the club. On top of that, he has kept the most clean sheets in Eagles history (112), arguably the most crucial of them coming against Watford in the 2013 play-off final that sealed promotion. 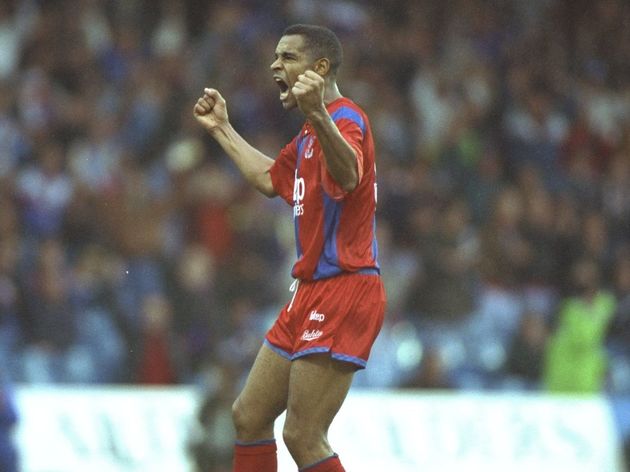 After experiencing a difficult childhood where he was taken into foster care, Bright played for several clubs before he was signed by manager Steve Coppell for £75,000. His partnership with Wright proved lethal and in 1990, he reached the FA Cup final with Palace and was named their player of the season. Nicknamed Stonewall by the Crystal Palace fans due to his safe hands - John Jackson began his career at the Eagles.

The goalkeeper represented the club for nine years, from 1964 to 1973 and made 346 appearances. He also made a staggering 222 consecutive appearances in the first team, the equivalent of almost six full Premier League seasons.

His goals were crucial in getting Palace promoted in the 2003/04 season, where he was the First Division's top goalscorer. The following season, only Thierry Henry scored more goals than his 21 – more than half of them penalties – as he kept the Eagles in the Premier League. Johnson was sold to Everton in 2006 for £8.5m, but has come back to Palace after retirement as an honorary patron of the club's foundation. Arguably Palace's greatest ever striker - Ian Wright is the club's third-highest ever goal scorer with 117 goals in 277 games - no player has scored more goals for the Eagles since the Second World War.

The former Arsenal striker spent six years at the club between 1985 to 1991, producing one of the club's finest moments when he returned from a broken leg to score a brilliant brace against Manchester United in the 1990 FA Cup Final. It wasn't enough in the end – Mark Hughes scoring late to take the match to a replay, which Palace lost.

It wasn't easy for Wright to become the brilliant footballer he was though. He had an abusive father and was bullied by his step-brother, a past he has spoken about extensively and touchingly. Back to football – he won Palace's player of the year award in his debut campaign and played a vital role in getting the club promoted to the First Division. A talented all-round player, he also achieved nine England caps.