​Ajax defender Daley Blind is fit to return to competitive action despite being diagnosed with a serious heart condition that led to an on-field collapse in December.

The former Manchester United player collapsed in the centre circle of the Johan Cruyff Arena after complaining of dizziness during Ajax's 1-0 defeat to Valencia in a Champions League group game.

Daley Blind will return to the Ajax first team squad on Sunday after being diagnosed with a heart condition in December.https://t.co/v5BJsBumIX pic.twitter.com/c8ZUWZkF0Z

Consequently, the 29-year-old was diagnosed with 'heart muscle inflammation', and, as reported by ​The Telegraph, has been fitted with a subcutaneous implantable cardioverter defibrillator - designed to send electrical pulses to regulate abnormal heart rhythms, especially those that can be fatal and result in cardiac arrest.

​Blind, speaking in public for the first time since his recent diagnosis, has reassured fans that he is not afraid to return to action and that there are no health risks that threaten his return to playing football again.

In an interview with Ajax TV, he said: "I'm not afraid at all for what can or might happen. I focus on how I feel and I feel good." 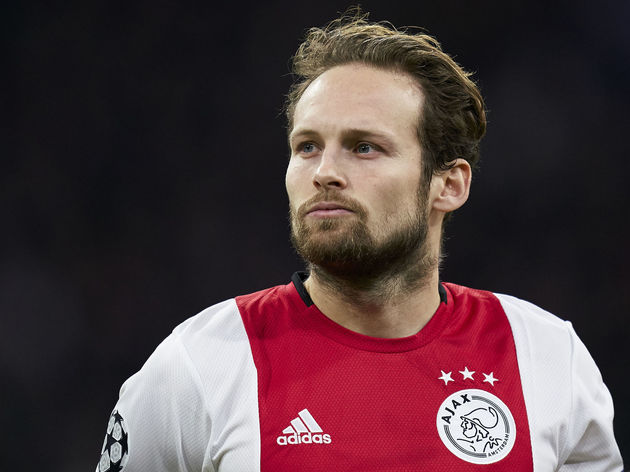 When asked about the implant, he added: "It's protection just in case. But if there happens to be a need for it, I'll be protected and that gives me peace of mind, but it's a precautionary measure because I'm a professional athlete."

The Dutchman is in contention to return for Ajax's Europa League campaign which begins against Getafe later in February, while he'll also be eager to help secure Ajax a second successive Eredivisie title.

Blind conceded that, for a short while, he worried that his ​career was over, but was always determined to see if he could play again.

"Looking back, the images are quite unsettling," he said. "For me the shock came afterwards. The following days I got tested in hospital that revealed a couple of things. One moment you're training, playing matches, doing everything and all of a sudden you can't do anything.The first question was 'can I still be a professional footballer?'

❗ Ajax confirm that Daley Blind has been included in the squad-list for the game vs FC Utrecht. The last time he played was on the 10th of December, before he suffered from a heart muscle inflammation.

"But I had the support of friends and family and my wife most of all. We got through it together.

"I'm very fit now. I'm working hard and I can do everything now, I feel good. I haven't felt any anxiety. My mindset is good."