​Dani Ceballos has revealed that he chose to stay at Arsenal in January as he wanted to repay the faith the club have put in him.

The Spaniard joined the Gunners on loan from Real Madrid in the summer and was initially a key part of the team under Unai Emery before picking up a serious injury in October.

While he was sidelined, Arsenal replaced Emery with Mikel Arteta, and since returning to full fitness, Ceballos has found game time hard to come by under his new head coach.

This saw him ​linked with a move away from the Emirates Stadium last month, but​Real Madrid​Arsenal

"I've never had a quiet window, neither in the summer nor winter," he said in an interview with Spanish newspaper Ma​rca. "At Betis, both Barcelona and Real Madrid wanted me in my first year. Then I signed for Madrid and in January I was linked with Betis, then after the [Under-21] European Championship I moved to Arsenal, now I'm linked with other teams. I decided to stay at Arsenal because I like stability and the club showed faith in me. 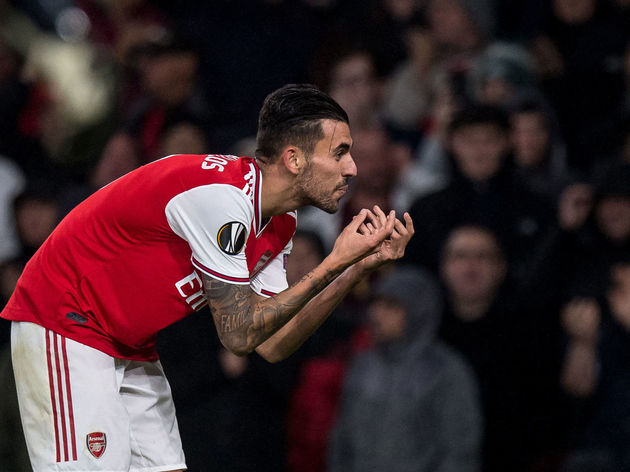 "It seems silly, but Arsenal fans have a song dedicated to me and only three or four players have that and they've been here for years. I feel very appreciated and every time I play, the fans support me."

Ceballos has made it clear that he wants more game time so that he can make the Spain squad for Euro 2020.

However, since Arteta took charge of Arsenal, the former Real Betis man has played just 21 minutes of first team football. "There's a European Championship at stake and when you don't play for five or six games you get nervous," he added. "But you have to remember that I had an injury for two and a half months and I'm not 100%. Everything is weighed up and I know that Arsenal put faith in me, so to turn things around here would mean more. Arsenal backed me and I can't let them down."

He will be hoping to play more first team minutes in the coming weeks, and the Gunners return to Premier League action when they host ​Newcastle on Sunday.