4 of the Best Moments of Karl-Heinz Rummenigge's Career

Karl-Heinz Rummenigge might not be the first name that comes to mind when thinking about Bayern Munich and Germany legends.

Coming into his own in the aftermath of 'Kalle' Rummenigge first appeared on the Ballon d'Or shortlist in 1979, ahead of Ruud Krol but still some way behind Kevin Keegan, who was playing his club football in Germany with Hamburger SV.

But the following year there really was only one clear winner. Rummenigge had lifted the Bundesliga title where he'd finished as the league's top goalscorer, also helping West Germany to glory at international level.

It was Rummenigge's first Ballon d'Or. But it wasn't his last. 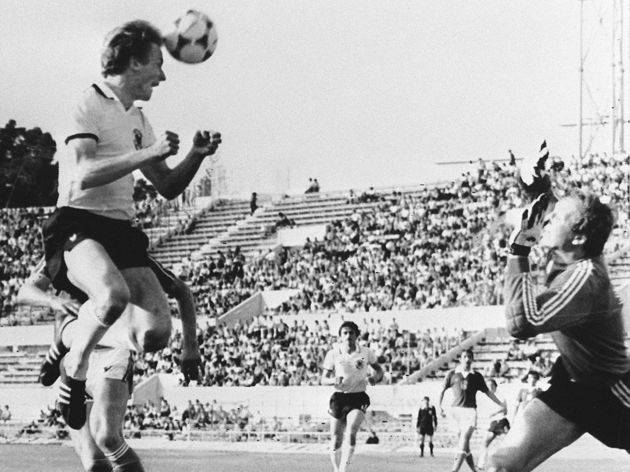 One thing that was key in Rummenigge's success in the Ballon d'Or was Euro 1980.

An individual award wasn't handed out at the European Championships in Italy for the best player at the competition, but if it was, it would have gone to Rummenigge.

He was the star player as West Germany booked their place in the final against an impressive Belgium side, where two goals from

In between Bayern Munich's Golden Era and their FC Hollywood status, the Bavarian club were given the nickname FC Breitnigge.

'Kalle' Rummenigge formed an incredible partnership with Paul Breitner in the heart of Bayern Munich's midfield and the two were instrumental in the club's success throughout the early 1980s.

In 1981, Bayern Munich scored 89 league goals, 46 of which were scored by their iconic duo. Breitner took and scored 10 penalties that season - a Bundesliga record that still stands - and was named as the Footballer of the Year. Breitner was Bayern Munich's Footballer of the Year, but Rummenigge was Europe's.

He became just the third player in history to win back to back Ballon d'Or titles, joining Johan Cruyff and Kevin Keegan to win two consecutive awards.

Okay, so classing this as one of 'Kalle' Rummenigge's best moments is probably a little bit of a stretch.

Their tribute to Rummenigge reached #43 in the German music charts.