When Frenkie De Jong joined Barcelona last summer, he became the 20th Dutchman to play for the Catalan giants, f

However, De Jong's first six months in Spain have seen the 22-year-old endure a mixed start to La Liga life.

Critics have highlighted his tendency to hang onto the ball too long, gift possession too easily and generally fail to perfectly replicate his stunning performances which saw Ajax get within one 96th-minute winner of the Champions League final last season. Many non-footballing factors could have contributed to the adjustment period De Jong has gone through since the summer. Namely, he's a 22-year-old kid who's moved to a new country, with a different language, culture and climate.

On the pitch, things have proven different for De Jong as well.

In the superb Ajax team of last season De Jong, in the ​Champions League, was fielded as one of two holding midfielders in a 4-2-3-1, alongside the Denmark international Lasse Schöne. From here, the Dutchman would drop deep to pick up the ball from his back-line and drive forward, exploiting his speed and agility to become one of the most press-resistant midfielders in Europe.

Barcelona have played with a single holding midfielder for decades and unfortunately for De Jong, he was deemed good enough for La Blaugrana to buy him, but not good enough to oust Sergio Busquets from that role. 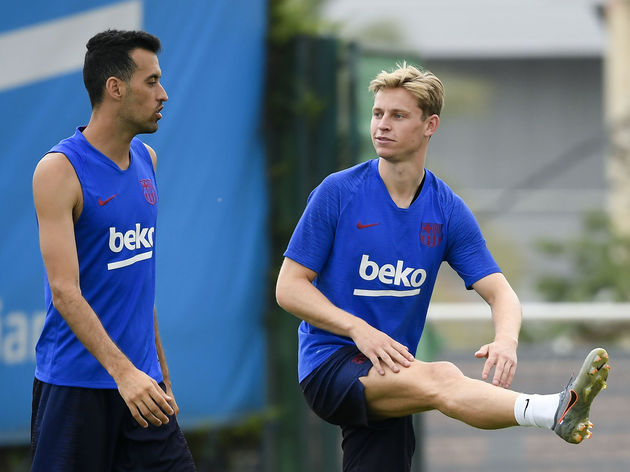 For almost the entirety of the season so far, De Jong has been fielded in one of the more advanced roles in ​Barcelona's midfield three, ahead of Busquets. This positional change has seen De Jong's defensive contribution drop off a cliff compared to his peak at Ajax.

The apparent emphasis on attacking implied by this move upfield has drawn ​criticism from many, including his former Ajax coach Erik ten Hag.

Yet, under Valverde, it seems as though De Jong wasn't instructed to get forward, or break up play, or much else apart from passing. Over the course of the Dutchman's first 19 league appearances for Barcelona, he took a grand total of two shots (admittedly he scored from one but two shots in almost 1,500 minutes is woeful for an advanced midfielder). 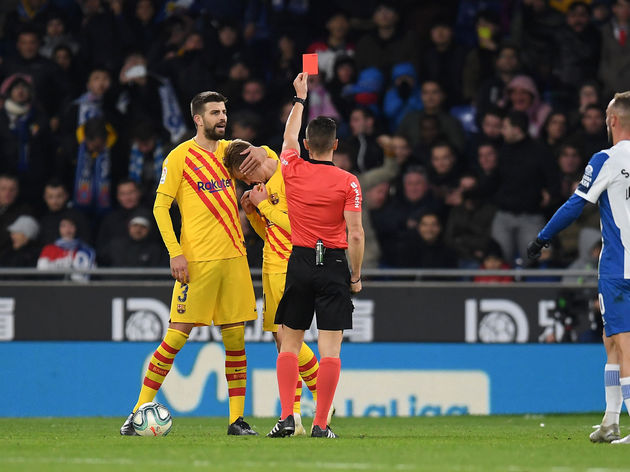 De Jong himself ​refused to say that this was his best performance in a Barça shirt but he excelled throughout as his side twice came from behind to record only their fifth victory in 12 league games on the road this season.

 The words of @DeJongFrenkie21 immediately following our 3-2 win on the road at Real Betis ... pic.twitter.com/fsk8AnSGMJ

Whilst one good performance should not banish all memories of his first six months, many of the criticisms levelled as De Jong can be somewhat explained by the sub-par performances of his teammates.

While it may look like De Jong is in his own little world with the ball at his feet and three opposition players charging at him from all sides, he often is forced to hold possession due to the lack of forward movement ahead of him. Couple this with the fact that he's dispossessed only once per match and his time in Catalonia is cast a more favourable light.

De Jong often found himself as Barcelona's most advanced player against Betis and while this is certainly a different role to the one he flourished in at Ajax, he has the technical and tactical fluency to thrive almost anywhere you put him, given enough time and support to adapt.

After a rocky start to life during a rocky period in Barcelona's history, he's starting to put out performances which reflect his other-worldly talent in a position he's still learning. And a