The Toffees spent much of the first half of the season lingering close to the relegation zone, before Marco Silva’s exit made way for a colossal upturn guided by the affectionately termed ‘Carlo Magnifico'.

The Italian manager arrived at Goodison Park to find Everton in 18th place and, after taking 17 points from the eight games since, they are now only five points shy of a Champions League spot. Speaking of Everton’s ambitions for this season, Séamus Coleman told evertontv: “We're trying to catch those European places. A few months ago, we probably didn't think that was possible.

“But we're playing well now and just looking forward to every game.

“Where this football club wants to get in the next three, four, five years, it has to be wanting European football every year and if we can get it this year, that's a bonus.” 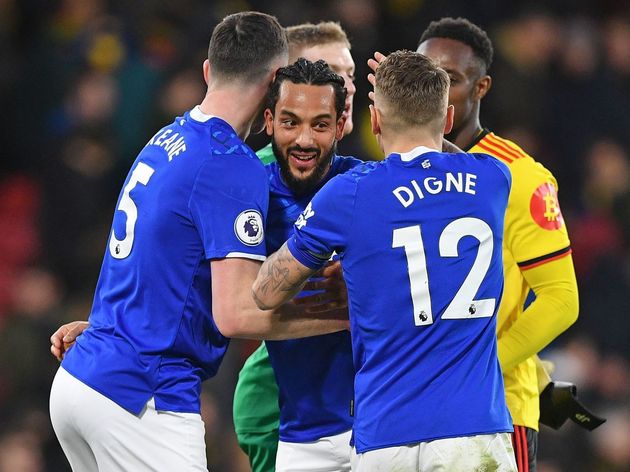 With no further involvement in either domestic cups, Everton’s focus is firmly on their 12 remaining Premier League fixtures and pushing for a spot in a European competition.

The winter break means the Toffees are enjoying 15 days away from Premier League action, after which they’ll face the challenge of consecutive games against Arsenal, Manchester United, Chelsea and Liverpool.

They most recently faced Crystal Palace and won 3-1, thanks to goals from Bernard, Richarlison, and Dominic Calvert-Lewin. When it comes to coaching pedigree, few managers can boast a more impressive CV than Ancelotti, with the 60-year-old having managed several European giants including Juventus, PSG, Real Madrid and Bayern Munich.

He has won three Champions League trophies, two of which he celebrated in the time since Everton were last involved in the competition in 2005, when they failed to reach the group stages.