​Poland were a surprise package in the qualifying phase of the Euros, losing just one of their ten games as they topped Group G with relative ease.

With world class attacker Robert Lewandowski on their books, it was already an uphill battle for most of their opponents throughout qualification, as the 31-year-old netted six in ten appearances.

​Drawn into Group E of the finals alongside Spain, Sweden and the winner of path B of the playoffs, things will get far more competitive for 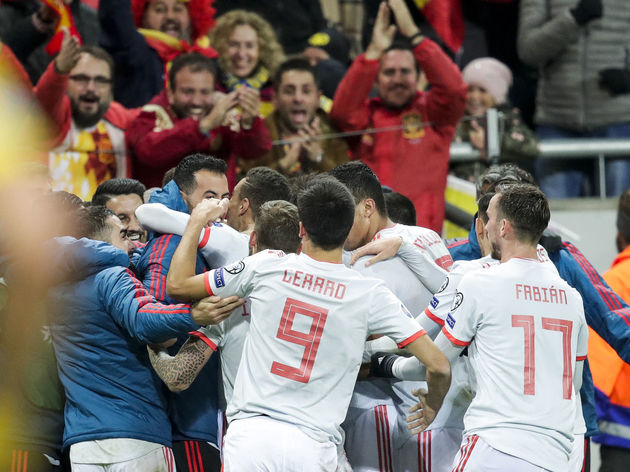 The next opponent in Group E for Poland will be Sweden, who - with 21 points from their 10 fixtures - finished second to the aforementioned Spain in the qualifying rounds.

As a side lacking any real standout stars, it is all about team spirit and work ethic for Sweden. Head coach Janne Andersson tends to set up his side in a flat 4-4-2 with wingers feeding

Jordan is in fact the son of legendary attacker Henrik Larsson, and at the age of 22 he is just at the start of what could be quite an exciting career - if he's even a tenth of the player his dad was.
He may well be one of those players that goes unmentioned in the lead-up to the tournament that could breakthrough during it.
Sweden lineup:
(4-4-2): Olsen; Lustig, Lindelöf, Granqvist, Bengtsson; S. Larsson, Olsson, Ekdal, Forsberg; Isak, J. Larsson.

Winner of Play-Off B The final members of the group stage will be decided at the end of March as the Euro 2020 play-offs commence, with the winner of path B joining Poland, Spain and Sweden in Group E.
The sides battling it out for the final spot will be Bosnia & Herzegovina, Northern Ireland, Slovakia and Republic of Ireland. Any of these sides would face a tough challenge to progress past those already in Group E, but would definitely put up a good fight.
Related Topics:
Transfer News