Both teams have enjoyed superb seasons thus far, with the Foxes seemingly destined to return to the Champions League next campaign. Meanwhile, Wolves also have their sights set on European football – and are currently on the same points as Manchester United.

Brendan Rodgers' side, however, are currently experiencing something of a dip in form and their main man Jamie Vardy has failed to score in recent weeks.

Will this be enough for the West Midlands side to take advantage on home turf as both sides vie for European places? Here’s 90min’s preview of the match.

Wolves will have hopefully made the most out of their two-week winter break, with Nuno Espirito Santo only facing a handful of doubts for their Valentine’s Day clash. Star player Adama Traore dislocated his shoulder for the second time this season during their most recent fixture against the Red Devils at Old Trafford. Although the 24-year-old initially managed to play through the pain, he was taken off in the final 15 minutes of the match and was replaced by Daniel Podence. However, Nuno is confident the winger will be fit enough to face Leicester City later this week.

Ruben Vinagre is currently suffering with a hamstring injury, but the Wolves boss is less confident on the wing-back’s return, with the 20-year-old expected to miss their next league fixture.

Meanwhile, Rodgers has a few injury concerns of his own – with the likes of Nampalys Mendy, Wes Morgan and Wilfred Ndidi all currently sidelined. Mendy is currently suffering with a knee problem and is expected to return to action next month. However, Ndidi should be fit enough for the Wolves clash.

Long-term absentees Mathew James and Daniel Amartey are still recovering from their injuries, with their return date currently unknown.

Historically, Wolves hold the upper hand – with the West Midlands side claiming 43 wins against Leicester City’s 38 victories. However, there is not much to separate the two sides with the fixture also recording 33 draws. Their last meeting was during the beginning of the 2019/2020 season, which resulted in a 0-0 draw at the King Power Stadium. Before that, we witnessed a seven-goal thriller at Molineux as ​Wolves claimed a 4-3 victory over the Foxes back in January 2019.

Wolves have secured some impressive result in recent times, including a 0-0 draw against ​Manchester United, a 3-2 win over Southampton and a 3-2 victory over Manchester City shortly after Christmas.

However, they have slipped up on a few occasions – picking up a 2-1 loss against Watford on New Year’s Day as well as a disappointing 1-1 draw against Newcastle that same month. Speaking of slip-ups, ​Leicester have also experienced a few woeful performances in recent weeks, including a 2-1 loss against both Burnley and Southampton. The Foxes also got knocked out of the Carabao Cup by Aston Villa last month as their opponents went on to win 3-2 on aggregate in the semi-final. That being said, they still sit third place in the Premier League table – eight points ahead of Chelsea.

Here’s how the two teams have performed in their last five fixtures.

When addressing their recent form, head to head record and overall quality, there really isn’t much to separate the two sides. Although Wolves are currently six places behind Leicester in the table, this doesn’t give an accurate representation of their capabilities - and Nuno will also face the added luxury of taking on the Foxes at home. 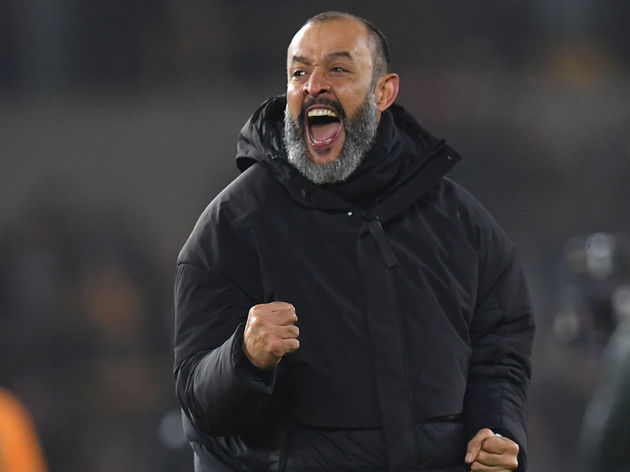 However, Rodgers will also be desperate for a win and with Ndidi hopefully back in the squad, this should be enough to at least secure a point for this side.