10 of the Funniest Own Goals of All Time - Ranked

​Own goals. They simply have to be the funniest part of football, offering conflicting levels of  ecstasy and empathy at the same time.

But, just like anything in football, there is an art to scoring the perfect own goal. It has to take you from feeling unbridled sympathy for the poor doughnut who's whacked one beyond his own goalkeeper, to simply questioning what on earth the silly fella was doing in the first place.

But we've teased you enough, let's just get stuck in to the most bizarre, and funniest, own goals of all time...

Beautiful finish to be fair... pic.twitter.com/YDLIkV2zAc

Well, to be honest with you, this is the own goal that got us thinking.

It's hard enough to play the European powerhouse that is Paris Saint-Germain at the best of times, trying as hard as possible to negate the attacking threats of Edinson Cavani, Kylian Mbappe and Angel Di Maria - not to mention Neymar and Mauro Icardi when they're knocking about.

The last thing Lyon needed was their left-back pinging one in to his own net. But what a ping it was, needlessly blasting in to his own goal with absolutely zero pressure on the ball. ​The above picture is the aftermath of ​Vincent Kompany's sliced clearance that looped in to his own net back in 2013. A relatively tame cross was met with a wild swing of the defender's boot, sending the ball spinning high in to the air, and crashing in off the far post.

While the Belgian centre-back is one of the finest defenders to have graced the Premier League, this was a rather amateurish moment from Manchester City's skipper.

On this day in 2005, Djimi Traore scored that infamous own goal at Burnley...

Oh Djimi, we miss your incompetence.

Not only did Traore score one of the classic own goals of our era, the ​Liverpool defender proved he could do it on a cold, windy night in Burnley.

After a rather timid cross is swung in to the box, Traore conspires to backheel the ball beyond his own goalkeeper, performing a pirouette that a ballet dancer would have been proud of. 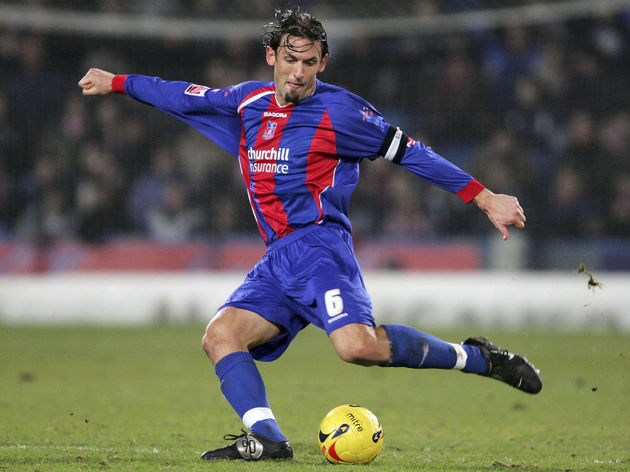 ​Perhaps the only thing many of us will remember of Popovic is his spectacular own goal against Portsmouth.

The defender meets a cross by lazily flinging out his right boot, miraculously redirecting the ball in to the far corner with his heel. And for his lazy clearance, he goes down in the own goal of hall of fame.

Maybe just smash it in to the stands next time.

A quite incredible own goal by Santiago Vergini yesterday. Who scored the best own goal in football history? #MOTD2 pic.twitter.com/BL2BGoGvfn

While many of the bizarre own goals we see come from mishits, Vergini was ready to change all that.

In an incredibly embarrassing 8-0 defeat at the hands of Southampton back in 2014, the Sunderland defender set the tone, inexplicably volleying the ball beyond his own goalkeeper from the edge of the 18-yard box.

What a hit son, what a hit. 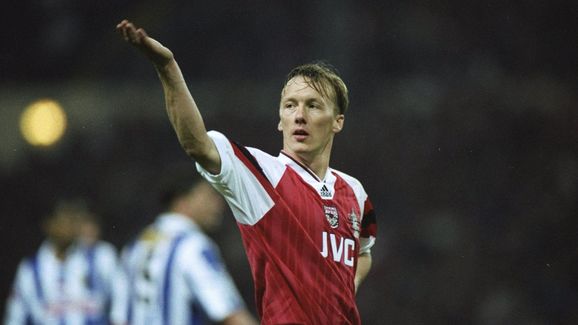 ​​Arsenal are one of the great passing teams of recent decades, but Dixon clearly missed the memo.

In this spectacular own goal, the full-back attempted to hit a run of the mill backpass to David Seaman, only to strike the ball with far too much power - lofting it in to the back of his own net from about 25 yards out.

This finally proved the fable correct: "If Lee Dixon can play for England, then so the f*** can I".

One of the worst own goals you're ever likely to see 

We're throwing it back to Andrea Consigli casually passing into his own net  pic.twitter.com/HAZhDfsZiZ

Now, the days of match-fixing in Italy may be long gone, but you wouldn't believe that watching Consigli's rather bizarre own goal against Fiorentina.

With his side trailing 2-1, the Italian shot-stopper was played a back pass, and tried to switch the ball to the left-back as quickly as possible. In doing so, the Sassuolo goalkeeper more or less finessed his pass in to the back of his own net, much to the amazement of all those in the stands.

In all fairness to Kondogbia, it was pre-season. We'll put it down to him not having quite found his mojo after a long summer of sun and parties

But it still makes our list, we're not letting him off that easy.

In a friendly against Chelsea back in 2017, the-then Inter midfielder attempted to play a rather unnecessary back pass to his goalkeeper from nearly 50 yards out, only for the ball to gather pace and loop over the head of his teammate - creating one of the finest moments football has ever seen. It may have been in the confines of lower league football, but the Bury boy will live forever in the memory as his darkest moment was caught perfectly on camera.

Brass decided to try and clear the ball following a cross in to the box, seemingly attempting to do so over his own head. We're not sure how much Brass knows about physics, but it was simply never going to work, and resulted in him cannoning the ball off his own face and beyond none other than Leicester goalkeeper Kasper Schmeichel.

Throwback to the Peter Enckelman error that helped Birmingham to a 3-0 win over Aston Villa in 2002.

Hit ❤️ if you remember it! pic.twitter.com/VBHWFiNIXO

Nothing will ever beat the look on Peter Enckleman's face as Olof Mellberg's throw-in somehow trickled underneath his foot. A bizarre goal for the ages - oh, and did we mention it was in the ​Aston Villa - Birmingham derby. Oops.​

The goal was so bad, that Enckelman is now a field sales executive for DHL. Seriously, he is, go look it up.