W90
WorldNews
Lists
Next Article
Serie A Roundup: 5 Things You Might Have Missed From a Brilliant Weekend of Italian Football

Napoli defender Kalidou Koulibaly's release clause will become active in June, alerting a number of top sides said to be coveting his signature.

Manchester United have frequently been tagged as interested in signing the Senegal international​, while ​90min learned in January that Manchester City are prepared to spend heavily to land the 28-year-old, with Pep Guardiola adamant his side need a new elite centre back to partner Aymeric Laporte. 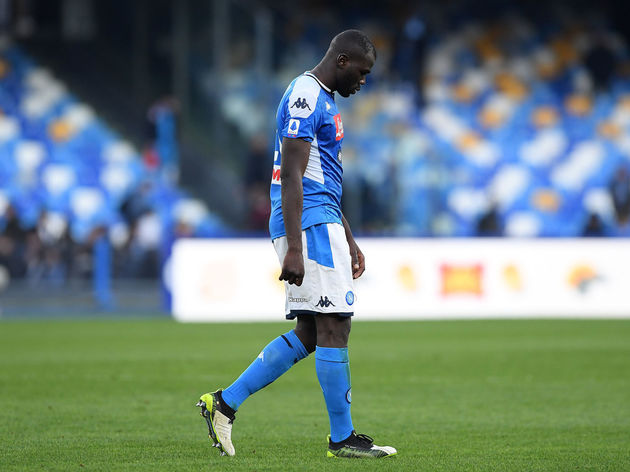 Italian reports doing the rounds on Monday, cited by both ​the Mirror and ​the Daily Mail, state the centre back's release clause of £127m will become active in June, though the two Manchester clubs are expected to face competition from Ligue 1 giants Paris Saint-Germain.

Talks between director Leonardo are Koulibaly's agent are said to have taken place, with Napoli rumoured to be willing to sell the star player if they fail to qualify for Europa League football next season.

The Mirror's report in particular claims Red Devils manager Ole Gunnar Solskjaer views a central pairing of Koulibaly and Harry Maguire as 'the perfect partnership'. Maguire was brought in from Leicester for £80m during the last summer window.

​United were ​linked with a £90m move for Koulibaly at the start of February, though that report did also credit ​Chelsea, PSG and ​Real Madrid with interest in the former Genk defender. There are, of course, plenty of central defenders still at Old Trafford. Victor Lindelof is currently the favoured option partnering Maguire at the back, while Phil Jones, Eric Bailly and Axel Tuanzebe remain available to Solskjaer. Chris Smalling has impressed on loan at Roma, but it seems unlikely he will be given another chance at the club he has made over 300 appearances for.

Koulibaly's ​Napoli most recently lost 3-2 to Lecce on Sunday and remain 12 points off fourth placed Atalanta. Carlo Ancelotti was sacked earlier in the season and replaced by Gennaro Gattuso, but problems remain evident despite a recent run of four wins in five games.