​The build-up to Euro 2020 is well underway, and fans across Europe are starting to get excited about the return of the famous event.

As always, there's a lot to prepare yourself for, but this year's tournament is a bit different to previous years. But don't worry, if you're not sure what's going on, you've come to the right place.

Here's everything you need to know about Euro 2020.

Which Countries Will Host Euro 2020?

Which nation will take their seat at Europe's throne? 樂 pic.twitter.com/OOAuulNbjX

Instead of just the one host nation, Euro 2020 will be split up and shared between no less than 12 different countries.

Denmark, Hungary, Ireland, Netherlands, Romania, Scotland, Spain, Azerbaijan, Germany, Italy, Russia and England will all get the chance to host games this summer, giving fans all over the continent the best chance of getting in on the action.​

Which Stadiums Will Be Used at Euro 2020? Each host country will hold games at one stadium, meaning matches will be held in 12 different stadiums across Europe.

Each stadium will host at least three group-stage ties and one knock-out tie​, so nobody misses out on all the excitement.

For a full breakdown, here's a handy table.

Why Is Euro 2020 Different to Previous Tournaments? Back in 2012, it was revealed by then-UEFA general secretary Gianni Infantino that Euro 2020 would be split up between 12 different countries, so as to allow as many fans as possible to 'join in the party'.

With this being the 60th anniversary of the European Championships, UEFA were eager to do something special to commemorate the occasion and had already been impressed with a similar layout in the European Under-17 Championships, so the decision was made to split up Euro 2020.

However, once Euro 2024 rolls around, things will go back to normal and Germany will be the sole hosts of the competition. The first game of Euro 2020 will kick off on Friday 12 June, and matches will then be played every day until Wednesday 24 June, when the group stage will officially come to a close.

The round of 16 will then get started on Saturday 27 June, and two games will be played each day until Tuesday 30 June, after which the successful teams will be given two rest days.

Next up is the quarter-finals, which will start on Friday 3 July and end the next day on Saturday 4, before the semi-finals will be held on Tuesday 7 and Wednesday 8 July. The two lucky teams who make it through the knockout stages will meet at Wembley Stadium in London on Sunday 12 July to contest the final of Euro 2020.

That will bring an end to an entire month of football, which certainly has the potential to be one of the most memorable tournaments in recent memory.​

Which Teams Qualified for Euro 2020? 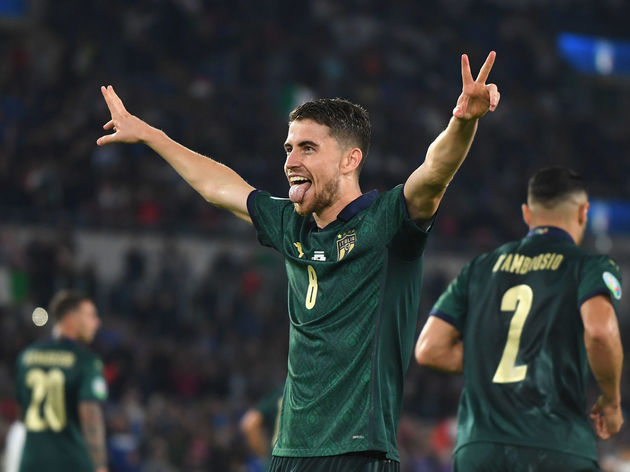 As of now, just 20 of the 24 teams have been officially confirmed for the tournament, with the remaining four to be decided in playoffs in March 2020.

When Are the Nations League Playoffs? Those teams who did not qualify for Euro 2020 traditionally have instead been entered into playoffs, when 16 teams will compete for the final four spots at this summer's tournament.

The playoffs will begin on 26 March and end five says later on 31 March.

The 24 teams will be split up into six groups of four teams, and the top two teams in each group will qualify for the next round. Tickets were first offered out in June 2019, when fans were able to apply for tickets to different stages of the competition.

A second application window was opened in December and has since closed, so fans will already have been informed whether they have been successful or not.

Fortunately, a third window will open in April 2020, so fans of the teams who have qualified through the playoffs will still have a chance to pick up tickets. Fans in the United Kingdom will be able to watch all the action on either BBC or ITV, with the two free-to-air channels agreeing deals for the broadcasting rights back in 2015.

German rights have been awarded to ARD and ZDF, while Italian viewers will be able to watch through both RAI and Sky Italia. ​Reigning World Cup champions France will likely come into the tournament as favourites to go all the way, but they will face plenty of stiff competition from the usual suspects, such as Belgium, Germany, Italy and Spain.

England are also expected to do well this summer, and the same can be said for defending champions Portugal, who surprised many by lifting the trophy in France in 2016.

Elsewhere, keep an eye on the Netherlands and Croatia, both of whom will be looking for a statement victory this summer.