Bundesliga Roundup: 6 Things You Might Have Missed From a Pivotal Weekend in Germany

​With the Premier League heading in to its winter break, we had to turn our attention to Europe this week - how ironic, eh?

With an exciting weekend of football on the continent, the Bundesliga was no exception as those in the title race - bar Borussia Monchengladbach, whose game with Koln was cancelled due to Storm Ciara - did everything in their power not to take control.

But if you haven't kept up to date with the latest affairs in Germany, here's everything you need to know from an enthralling weekend to get back up to speed. We all expected a cracker when Borussia Dortmund travelled to Bayer Leverkusen on Saturday evening, and it certainly lived up to the billing, with the hosts running out 4-3 winners.

The game had a little bit of everything: quickfire comeback goals, high octane, adrenaline-fuelled end to end football and an absolute wonder strike from Emre Can on his BVB debut.

The takeaway from this thriller was that Dortmund simply cannot defend. They led twic during the game, but conspired to concede two goals in as many minutes with the game drawing to a close. 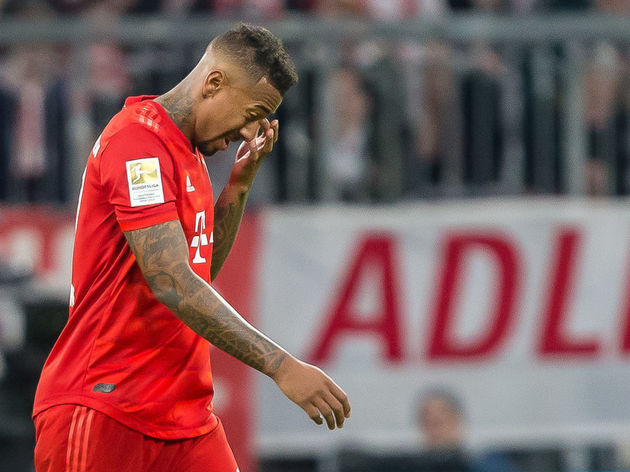 Nobody expected (or wanted) a goalless draw in Munich between the league's top two sides, but the footballing gods delivered it regardless. It was still a pulsating clash of titans with both Bayern Munich and RB Leipzig ruing a plethora of wasted chances as the hosts just about held on to top spot.

However, it will be seen as a missed opportunity for the current champions, who could have moved four points clear of Leipzig and asserted their dominance at the summit of the table in typical Bayern fashion.

What remains the case is that the title race is finely poised, and who knows, maybe a 0-0 draw just adds to the imminent excitement. Sure doesn't feel that way, though... With the big teams all throwing away points, Schalke could have moved within two points of the Champions League places come Monday morning. However, in characteristic Bundesliga fashion this year, they bottled it, eventually stumbling to a 1-1 draw at home to bottom-placed Paderborn.

The top flight minnows struck in the final ten minutes through Klaus Gjasula to secure a potentially vital point in their fight for survival, but David Wagner's side will be left kicking themselves, with Schalke having now failed to win their past three ​Bundesliga games - including a hefty 5-0 defeat to Bayern for good measure.

While Schalke aren't really in the title picture - although they are just eight points off the top - qualifying for Europe's elite competition is a must for one of Germany's biggest clubs. Bremen have been a staple of the German top flight for many years now, but are living dangerously close to the edge this season. Florian Kohfeldt's side now sit in the automatic relegation places, albeit on goal difference, and have won just one of their previous eight league games. We all now know what Frankfurt are capable of due to their exploits in the Europa League, but they showed their class once more on Saturday afternoon, tearing a decent Augsburg side to shreds.

Braces from Timothy Chandler and Filip Kostic, bisected by a goal from Andre Silva, saw the Eagles put five past their visitors with absolutely no response.

It was another emphatic performance from Adolf Hutter's side, who have really turned their fortunes around by winning four from five since the winter break. 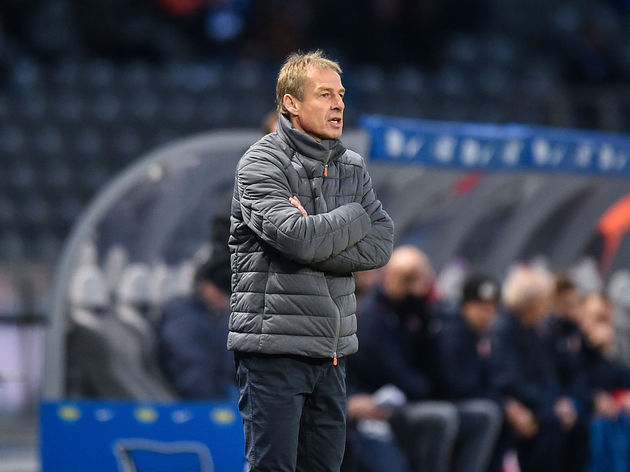 Hertha Berlin's form has been decidedly mixed since the arrival of Germany legend Klinsmann, but the weekend's 3-1 defeat at home to Mainz will be of great concern.

​Perhaps unfortunate to come up against an inspired Robin Quaison - who bagged himself a hat-trick - Hertha are now just two points above their most recent opponents, sitting nervously in 14th place.

Nobody assumed it would be an easy task for the former Tottenham striker to turn Hertha's season around, but there is still plenty of work for the experienced manager to do.