As Christopher Nkunku broke free down the left-hand side and whipped an inch-perfect ball into the path of the onrushing Timo Werner, the collective heart of Bayern Munich sunk.

The goal-machine, who had dispatched 20 goals in 20 games, seemed destined to send his side top of the table, and set in motion a huge power shift in the Bundesliga.

The unquestionable talent of this prolific striker is no secret, and his rise to the top of German football has been well-documented. But there is still plenty of mystique surrounding the type of player he is, and what should be expected of the 23-year-old if he eventually makes his expected move to the Premier League.

So what better occasion to judge his abilities than against the reigning Bundesliga champions? 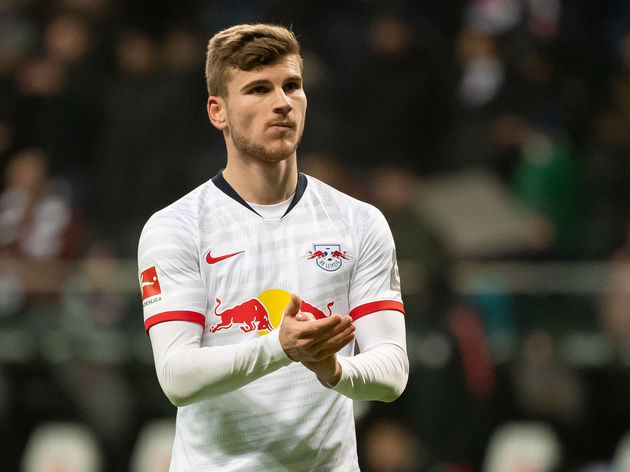 What became evident over the course of a tense and cagey match was that Werner is no ordinary out and out centre-forward. The German international was asked to perform a number of different roles by coach Julian Nagelsmann, and he fulfilled his duties efficiently and expertly.

behind​Jerome Boateng bricks strapped to his legs at the half-time break, as the previously composed centre-back was suddenly left brutally exposed by his dynamic opponents.

Werner dominated the right flank and loitered on the halfway line, waiting for his defenders to regain possession and spring electrifying counter-attacks over the hosts' backline. The plan paid off. Nkunku, performing the same role on the left, sprinted clear and laid match-point on a plate for his strike partner. But after all the hype, all the expectation, all the hope - Werner fluffed his lines. The clinical striker raced into the box, steadied himself eight yards from goal, and delivered the killer blow - only for his effort to somehow miss the target altogether.

A stunned silence met his strike. ​Bayern fans peeked from behind their hands to find the net untouched, and it was instead Werner who held his head in his hands. With the chance to shift the power and write Bundesliga history, he let the moment slip by.

It was a failure which would define his game. All of his hard work, tactical flexibility and endless effort had been overshadowed by one act of below-par finishing. Werner continued to plug away for the final minutes of the match, but to no avail.

It was a miss that would haunt most strikers, but Werner will bounce back. Sunday's performance against Bayern may raise some questions for those who fail to tune in week-in, week-out to RB Leipzig's endeavours, but those who watch with a closer eye will know he is much more than a fluffed line in a big match.

Werner is the real deal.