​Liverpool remain interested in the possibility of bringing Timo Werner to Anfield this summer due to the RB Leipzig striker's relatively low release clause in comparison to current market prices.

The German forward has registered 25 goals and ten assists in all competitions this season and is enjoying his best stint at the Red Bull Arena. The 23-year-old has subsequently grabbed the attention of Europe's elite clubs and could be on the move come the summer transfer window.

One of those at the front of the queue could be Liverpool, with the world champions looking to strengthen their attacking line, and potentially eyeing up Werner's low release clause. According to a Q&A with James Pearce from ​The Athletic, Liverpool are continuing to monitor Werner and hold a keen interest, especially given the forward has a £51m release clause in his current contract - however a deal is quite some way from being struck.

The Leipzig attacker has long been touted with a move to Merseyside, with the player admitting that an offer from a club like the world champions and runaway ​Premier League leaders would be very tempting.

At the moment, ​Liverpool are expecting a number of squad players to leave Melwood in the upcoming transfer window, with Adam Lallana, Nathaniel Clyne and possibly Xherdan Shaqiri set to depart.

The Reds might also be without Mohamed Salah and Sadio Mane for a part of next season, with the Africa Cup of Nations once again being hosted during the Premier League season. 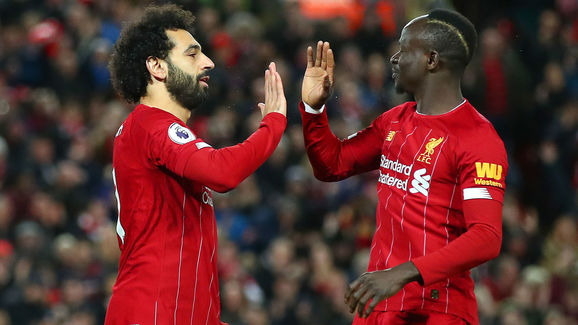 Therefore, Werner would offer excellent depth to the ​Champions League holders' squad as well as providing an element of competition for Roberto Firmino up front. With such a reasonable release clause, the striker also provides great value for money, and is certainly a more realistic target for Jurgen Klopp than ​Kylian Mbappe or Jadon Sancho.

However, the Liverpool boss has reiterated the fact that the club are willing to promote from within, hinting at a quiet summer transfer window in which the Reds offer greater first-team opportunities to the likes of Curtis Jones and Neco Williams - along with a number of other youth team players who have impressed this term.