Returning to your former stomping grounds can often be a baptism of fire, and that's exactly what Emre Can experienced when he debuted for Borussia Dortmund at former club Bayer Leverkusen.

Having twice led, BVB conspired to concede two late goals in as many minutes, seeing their title charge hit another bump as they fell to a spectacular 4-3 defeat at BayArena.

But every cloud has a silver lining, and, for Dortmund in this instance, that may just be Can.

While the German midfielder technically made his debut against Werder Bremen in the DFB-Pokal - all five minutes of it - this high-octane affair was his first real test as a BVB player. There were question marks over whether the 26-year-old would be able to get to grips with the intensity and ferocity of first-team football again, following a significant spell without consistent game time at Juventus.

But, they always say start how you mean to go on, and Can certainly did that.

A stunning long-distance strike - and it really was stunning - to put the visitors in front for the first time, as well as a composed and well-rounded performance in the centre of the park, will be lost in a haze of Lucien Favre dismissal talk following another poor result.

But it shouldn't be. While Erling Braut Haaland was understandably the signing of January, Can has already proven he has a lot to offer - albeit initially only on loan.

Of course, we know his pedigree. Anyone who watched the beginning of Jurgen Klopp's resurgent ​Liverpool will know that Can played an integral part in the team's success. His stock had risen so much that ​Juventus did everything in their power to prise him away from Anfield, and plonk him in the heart of their illustrious midfield. And you can see why given the impact the young German had, scoring 14 goals, grabbing 12 assists and protecting the back line across 167 appearances. 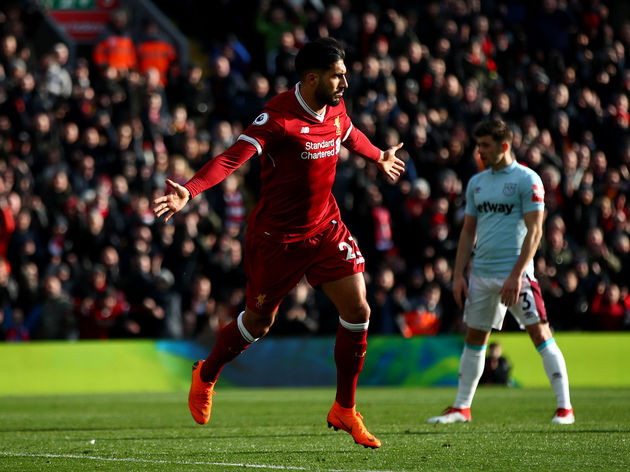 While competition for places proved just too great for the defensive-midfielder in Turin, he should have little difficulty finding his place in Dortmund's starting lineup. Favre was so keen on ​Can getting involved that he more or less rushed him back to full fitness, playing him from the off in a crucial top of the table clash despite his lack of game time in recent weeks and months.

In the end it was telling, with Can pulling up with cramp after about 70 minutes played, but up until that point the former Leverkusen man had made a big impact against his former side, and probably shouldn't have ended up on the losing team.

But looking ahead, Can can really offer stability to ​BVB's midfield.

Injury to Thomas Delaney, as well as the unpredictable form of Mahmoud Dahoud, has left an Emre Can-sized hole in the centre of the park alongside Axel Witsel. For a team that concedes far too many goals, partly due to the lack of protection for the back three or back four, Can can offer some much-needed grit for a fundamentally weak defensive unit.

The 25-cap international is no stranger to a tackle, and is even sometimes a little too eager to put his body about. Even in the build up to Leverkusen's third goal this was evident, with Can tracking back to put in a goal-saving challenge - only for the ball to fortuitously fall straight at the feet of Leon Bailey. 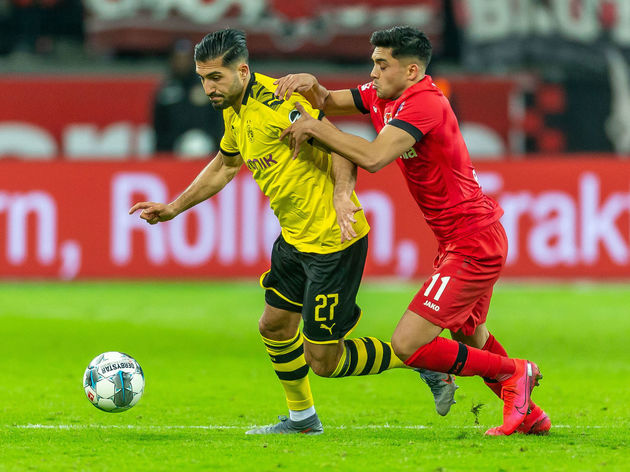 But Can isn't just a lump of meat put there purely to stop football being played, the Dortmund man is also extremely competent on the front foot, with an ability to drive powerfully at opposition defences, breaking the established defensive lines put in place and often contributing with a key pass or even a goal.