Watford and Brighton played out a nervy 1-1 draw on the south coast on Saturday afternoon, as both sides put in below-par performances in a tense relegation six-pointer.

The Hornets took the lead on 19 minutes, when vicious 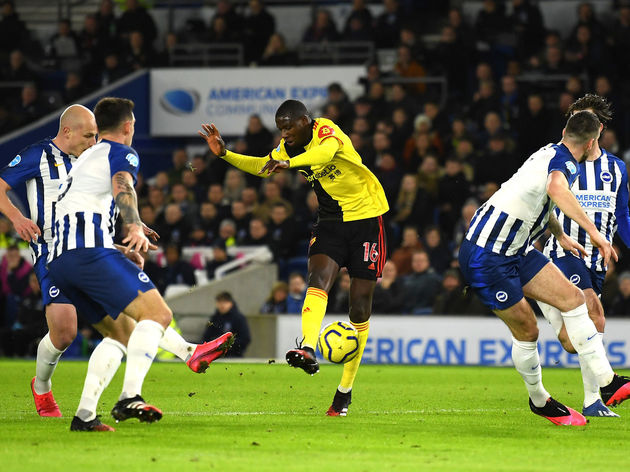 The Seagulls pushed to clinch all three points in the final stages, but the Hornets held firm and went back to Vicarage Road with a share of the spoils.

When you're in the thick of a relegation dogfight, you need key decisions to go your way. So when The​Brightondefendersimultaneousdesperate

 Schelotto goes over in the area after contact from Deulofeu, but the penalty appeals are turned down.

proteststoboth sides at the start of play.

Fine margins, and all that.

He may have only been on the pitch for 15 minutes, but 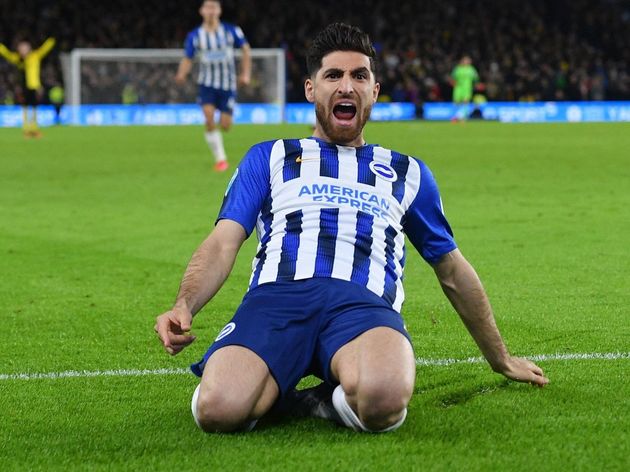 What on earth was Adrian Mariappa thinking?! ​Watford had put in an excellent and well-drilled display at the Amex Stadium, and having taken the lead early on, the Hornets rarely looked threatened by their hosts. But with just less than 15 minutes to play, the game turned on its head, in the most comical of circumstances. Substitute dangerousUnfortunatelyThatdefenderUnderabsolutely no pressure whatsoever, the centre-back miscued a clearance straight into his own net beyond a baffled Ben Foster.

A penny for Pearson's thoughts.

How good is it to see this man back at his best? Abdoulaye Doucoure attracted the attention of Europe's elite with his dominant displays last season, but he has been very subdued in a struggling Watford team this year. But the Frenchman's return to form has coincided nicely with the Hornets' sudden revival, and he is excelling at the heart of their midfield. 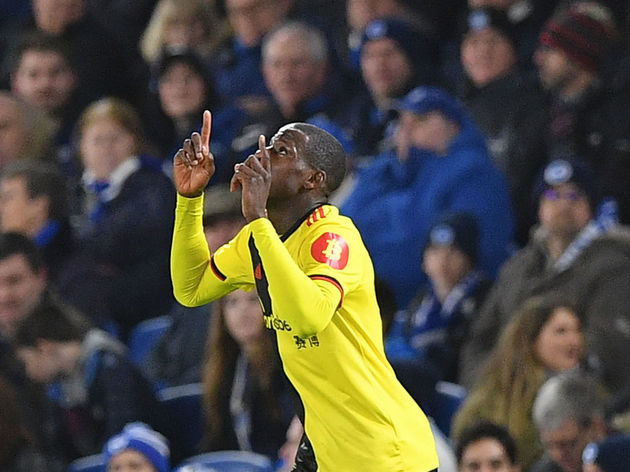 Doucoure is a real box-to-box midfielder, and he demonstrated his versatile abilities with the game's opening goal. The 27-year-old won the ball in the centre of the pitch, burst forward, ducked inside and then unleashed an unstoppable strike which flew into the net. It was the key moment which unlocked the match, but unfortunately it wasn't enough to bag all three points.

Brighton follow up their clash against Watford with a tough trip to high-flying ​Sheffield United at the end of the Premier League pause.

Watford will be desperate to climb away from the relegation zone when they welcome ​Manchester United to Vicarage Road on February 23.