​Jordan Henderson's wife has given birth to their second child, exactly nine months and one day on from Liverpool's incredible Champions League semi final victory over Barcelona.

Last April, doubles from Divock Origi and Gini Wijnaldum brought the Reds back from the dead, the pair scoring in a 4-0 second leg triumph over the Catalan giants. That secured an enthralling 4-3 aggregate win, and it appears Henderson continued his celebrations long into the night. 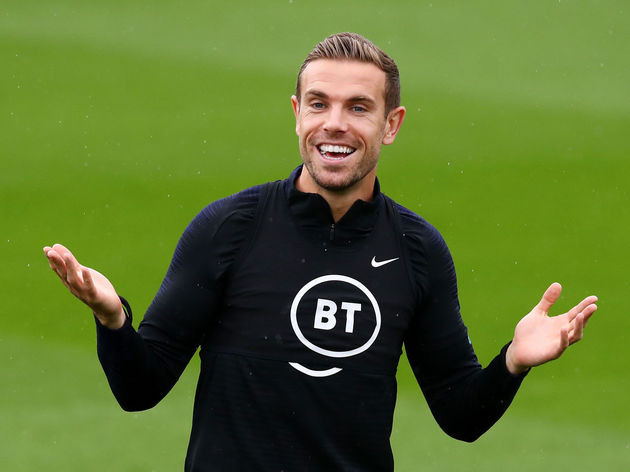 ​Liverpool and their captain went on to lift a sixth European Cup as they sunk ​Tottenham Hotspur 2-0 at the Wanda Metropolitano Stadium, with

Jordan Henderson’s wife gave birth to a baby boy today exactly 9 months after we beat Barcelona 4-0.....loving the celebrations in the Henderson’s household I must say 

9 months after that victory over Barca Jordan Henderson has become a father to a baby boy. Not just the Liverpool captain, but his missus also delivers#LFC #YNWA

 7th May 2019: Liverpool beat Barcelona 4-0 to qualify for the Champions League final

Henderson and Salah both having newborns today- 9months and a 1 day after beating barca 4-0 pic.twitter.com/eAnqL8HJJe

The timing of the births had more than just comedic value, though...

I’m so glad Henderson and Salah’s wives gave birth during this winter break so they don’t have to miss any games. Even the wives want this league title

Shout out to the beautiful mothers of Mo Salah’s and Jordan Henderson’s new babies, who had the grace and courtesy to give birth during winter break.

When the duo and Liverpool return from the winter break on 15 February, they'll face ​Norwich City as they continue their quest for a first league title since 1990. After that, it's a meeting with ​Atletico Madrid in the last-16 of the ​Champions League.